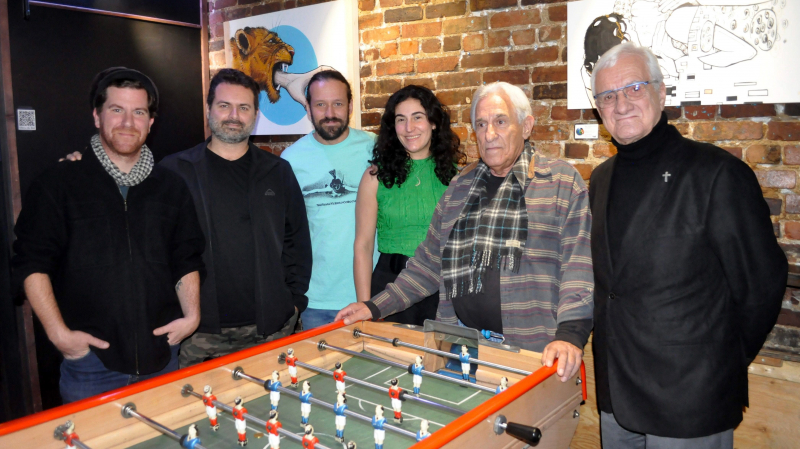 At the end of their famous Messe des Morts at Saint-Joseph's Oratory in 1972, the members of Offenbach received a “wonderful” fee of $5 each. “And a big platter of fruit, no beer,” recalls Pierre Harel.

We bet that the musicians of the Memento Band, responsible for resurrecting this extraordinary show to mark its 50th anniversary, at the Saint-Étienne-de-Beaumont church, will be paid more fairly.

To the great relief of Pierre Harel, the jubilee of this Gregorian mass whose musical portion had been provided by Offenbach, also composed at the time of Gerry Boulet, Jean “Johnny” Gravel, Roger “Wezo” Berval and Michel “Willy” Lamothe, will be therefore celebrated on November 4 and 5.

The mass will be led by Father Gabriel Gingras in this church, which can accommodate up to 400 people and whose acoustics will surely be superior to that of the Oratory, as Pierre Harel likes to point out.

“We had sound problems,” he says. The producer didn't believe it would work and had waited a week before the gig to rent a sound system. He was obliged to rent the sound system from the Woodstock festival in the United States. There were no others. It was huge. There were 13 seconds of echo. It was cacophonous. The notes got tangled up.”

Beaumont takes over from the basilica

Plan A for the 50th anniversary was to present La Messe des Morts 2022 at the Sainte-Anne-de-Sainte Basilica -Beaupré, but “the authorities have never answered us”, said Pierre Harel during a meeting with the media, Wednesday, in Quebec.

Fortunately, an artist from Beaumont, the singer Annie Houle, seized the torch when her lover introduced her to La Messe des Morts, two years ago.

“It's a part of the culture that I didn't know. I said: we have to do this again. It's the 350th of the Seigneurie de Beaumont in 2022, the 50th of the Messe des Morts too, let's do that in Beaumont. In my great candor, I put it in motion,” she says.

After having traced Pierre Harel to Quebec, she obtained his support as well as that of Johnny Gravel. She then set up a group, made up of musical director and bassist Dany Thériault, guitarist Patrick Lavoie, drummer Jean-Sébastien Grondin and organist OIivier Madore-Millette.

They have been rehearsing since summer.

“What touches me the most is hearing a girl sing my tunes”, admits Pierre Harel.

This last one is the only original member of Offenbach involved in the show. He will be the coryphée (choir director), a role that was held by Pierre Lebeau during the event marking the 30th anniversary of La Messe des Morts, in 2002, at the Oratory.&nbsp ;