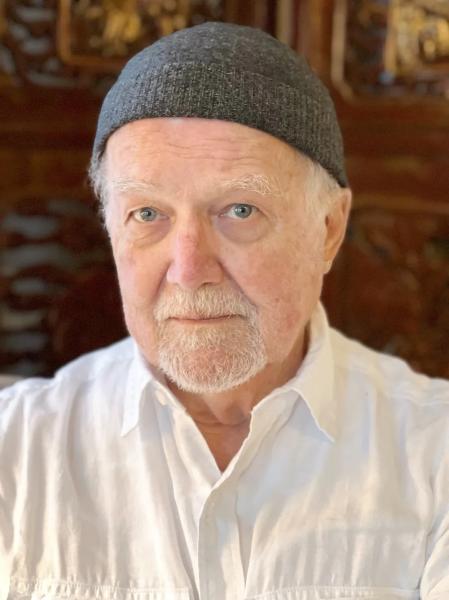 American writer Russell Banks hasn't given us a novel since 2012. That's how much we've been waiting for this one, which should be in bookstores on September 29.

In English, the new novel by American writer Russell Banks is titled Foregone. A word so difficult to render in French that the translator with whom he has worked for almost 30 years gave up trying to offer Oh, Canada.

“C' was the title of my first draft, and if Richard Ford's most recent novel hadn't been called Canada, I would have gladly kept it, explains Russell Banks, who we were able to reach at the start of the summer at his home in New York State. My publisher was indeed concerned that people would confuse the two books. So in English it was Foregone, which I loved philosophically, and in French it was Oh, Canada, which also happens to be the title of the film shot on Leo.”

Leo? Leo, real name Leonard Fife, is one of Canada's most renowned documentary filmmakers. In his youth, he notably made a shocking film denouncing the use of Agent Orange in a New Brunswick military base and even today, no one knows how he could come across this kind of information usually classified. top secret.

This is one of the things that Malcolm, a former student of Leo, intends to discover through the documentary he is about to make. on his old mentor. But time is running out because Leo has terminal cancer…

The moment of truth

On April 1, 2018, Malcolm will therefore land with his small film crew at Leo, who lives in a luxurious apartment on Sherbrooke Street, in Montreal.

“We have a house not far from Lake Placid , so we often spent the night in Montreal, says Russell Banks. I love Montreal. It's a great city and to be honest, it has the best restaurants!”

On the verge of death, Leo no longer really thinks about eating. But he is still relatively lucid and rather than answer the questions carefully prepared by Malcolm, he will choose to come back to his past without ever censoring himself to ease his conscience. Out of cowardice, he has hidden many parts of his existence from his wife Emma, ​​and this documentary could be the ultimate opportunity to reveal to him everything that weighs on him. Starting with the real reason that, in 1968, led him to leave the United States to emigrate to Canada.

“In the late 1960s and early 1970s, 60,000 young Americans fled to Canada to avoid the Vietnam War,” says Russell Banks. Pierre Elliott Trudeau granted them refugee status, and very few returned to the United States. I wondered what kind of life these men, now in their 70s and 80s, had had afterwards. I was aware that not everyone had come to Canada for venerable reasons. Some had certainly taken advantage of it to escape something other than Vietnam, and that's how the character of Leo took shape in my mind…”

“Leo is someone of my generation, and there are elements of his life which are also elements of my life, continues Russell Banks. But these are not my memoirs. I felt I had enough distance from my past to use this material the same way I would have used stories read in newspapers. As long as I didn't hurt anyone close to me doing it or expose the secrets of people still alive, I saw no harm in using my own experience. That said, it's not a book I could have written when I was younger…”

“It's probably linked to my age, to the people of my cohort: I needed to write about death, to confront it in the most intimate way possible in fiction and to make it the center of Oh, Canada”, he adds.

Admittedly, this is not Russell Banks' happiest novel. But often puzzling, the confessions of Leonard Fife are worth the detour.