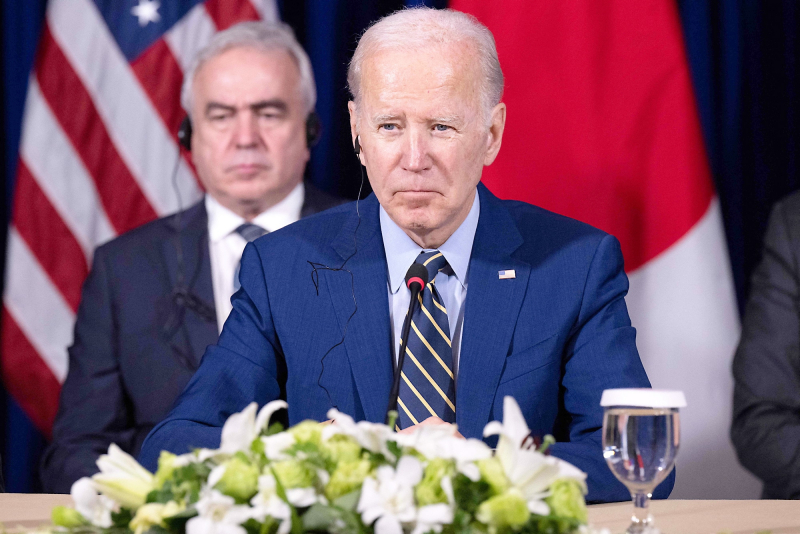 At the Association of Southeast Asian Nations (ASEAN) meeting on Saturday, Joe Biden confused Cambodia with Colombia. This blunder shows that the American president has poorly prepared his files or that he is becoming more and more senile.

Some people are lucky enough to remain magnificent until old age , but it must be admitted that in general, after a certain age, cognitive functions decline.

Nancy Pelosi (83), Bernie Sanders (81), Mitch McConnell (80), Joe Biden (79), Donald Trump (76) have all reached an age where mental health problems are more common. If the fathers of the US Constitution thought it wise to ban Americans under 35 from running for president, why shouldn't there be a maximum age to govern?

What is shocking with these old men who become encrusted in the high spheres of power is not so much that they occupy important positions, but rather that very often, they each maintain their seraglio and slow down the arrival of new blood and, above all , new ideas.

Are Biden and the other ruling patriarchs able to understand the complex situation of ASEAN countries? Nothing is less certain.

Biden wants to found a new alliance with the ASEAN countries.

However, the ASEAN meeting does not lack spice. Founded in 1967, ASEAN's primary mission was to organize the resistance of the countries of the region against an increasingly threatening China.

The holding of an ASEAN meeting in Cambodia, even as Biden and Justin Trudeau advocate for stronger alliances in the Indo-Pacific region to counter China, is ironic.

More than 32% of the Cambodia's foreign trade is with China. The Chinese diaspora in Cambodia controls part of the country's wealth. Cambodia, after flirting with democracy, has become an authoritarian regime.

Cambodia's situation of dependence on China illustrates the difficult balance in which most countries in the region find themselves. Their leaders do not want their country to turn, like Cambodia, into a vassal state of China. But at the same time, they are condemned to get along with Beijing, if only for commercial considerations.

Beijing is a jealous partner who does not hesitate to put pressure on its neighbors and allies. A partner that seeks everywhere to break the ferment of democracy so that its dictatorial model is not called into question.

In addition, the ASEAN countries do not have much in common and they have often been enemies of each other.

It is not clear that old Biden has grasped the magnitude of the challenge he is tackling. Nor does Justin Trudeau, but for reasons other than those of Biden. .jpg” alt=”Old Biden's Asian Challenge” />