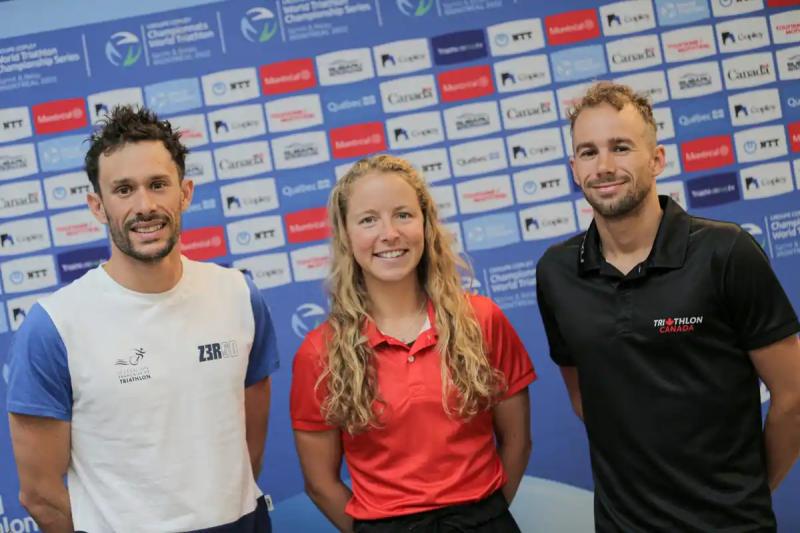 For the first time since 1999, Montreal will welcome the best triathletes for World Championship events. A great working relationship has developed between the Quebec metropolis and the International Triathlon Federation over the years.

The organizers of the Groupe Copley World Triathlon have the honor of putting set up the first championships in the sprint and relay categories. This is further proof of the confidence of the federation, which has made Old Montreal one of its eight recurring destinations in the world.

“Last year, we presented the Super Sprint format for the first time on the world circuit and we are repeating it once again this year. There are races that will be really exciting,” said the president of the Groupe Copley World Triathlon, Patrice Brunet, over the phone.

The event will be held from June 24 to 26, and will begin Friday with the qualifications. The remaining athletes will compete in three rounds of competition the next day, which will determine the identity of the 10 men and 10 women who will take part in the final.

As indicated by Mr. Brunet, the tests will be thrilling. These 20-minute mini triathlons consist of 300 meters of swimming, 7.2 kilometers of cycling and 2 kilometers of running.

1,500 amateur and world elite athletes from 40 countries will travel to Montreal. The lifting of health restrictions will be very beneficial for the organizers.

“It makes things easier for fans, who were able to fly and travel to Canada. Last year, that would have been impossible. [It is] also for elite athletes. Last year, we delivered the event with a health program that forced the elites to isolate themselves in their hotel room for the first 48 hours,” recalled Patrice Brunet.

Most of the athletes who participated in the Tokyo Olympics will be there. Floria Duffy is the only brand absent, she who dominates the world circuit this year. The Bermuda native had to withdraw due to injury.

Quebecer Emy Legault and Manitoban Tyler Mislawchuk will be ones to watch, as they have the wind in their sails after both finishing second place at the Cup in Huatulco, Mexico, last week.

Purses of $400,000 will be up for grabs for participants in the World Championships.

A opportunity for traders

Since 2014, Old Montreal has been a popular destination for triathlon enthusiasts, which commits the organizers of the Groupe Copley World Triathlon to working together with residents and businesses in the area.

According to its president, Patrice Brunet, the proximity to the city center and the hotels within walking distance are aspects that appeal to athletes. However, the organization of such an event in an urban and touristic setting is not a piece of cake, although the game is worth the candle.

“I have already been told, from the mouth of a person who organizes a lot of sporting and Olympic events, that triathlon is considered to be the most complex sport to organize. There is swimming, where there is a security element; we must block the passage of ships and have nautical surveillance. We are also on a tourist site, the busiest in Canada,” explained Mr. Brunet.

Blocking off busy streets for the weekend also takes a bit of planning. According to the president, the merchants are responding well to the requests of the organizers.

“Our team is there to assist the merchants, he added. It also brings another clientele for these merchants. It is a tourist clientele, who will buy merchandise, who will visit the restaurants. It's another color, a sporty color, that you don't often see in Old Montreal.”

Keeping good relations in the neighborhood is the least you can do, especially since the International Federation de triathlon intends to keep Montreal on its calendar for many years to come. Mr. Brunet and his colleagues have also expressed the wish to apply to host the World Championships again in the future.

The Government of Quebec seems ready to embark on the project, having granted an amount $1.8 million for the organization of the Worlds through its programs from the Ministry of Education, the Ministry of Tourism and the Ministry of Municipal Affairs and Housing.