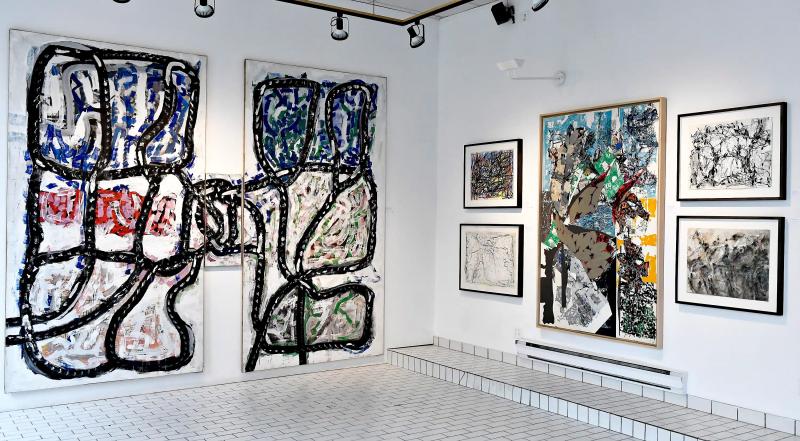 At the dawn of the hundredth anniversary of the birth of Jean Paul Riopelle, the Galerie Alexandre Motulsky-Falardeau takes part in the celebrations and inaugurates on Thursday a new exhibition of unpublished works by the master, some of which have never exhibited in Canada.

For the second time in less than two years, the gallery hangs on its walls a selection of works from the prosperous years of Riopelle's production, which this time focuses on the 1960s and 1970s, a period of experimentation for the artist, already famous at that time.

The exhibition < em>Jean Paul Riopelle: Selected Works 1962-1985 allows you to discover an important collection of charcoals, pastels, mixed techniques, acrylics, engravings and prints, while these works were produced in a time when black and white dominated his work, thus demonstrating his ability to manipulate contrasts.

Among other things, one can admire the imposing triptych Serge and Gauguin playing with string (1971), which is inspired by the game of indigenous communities, as well as a magnificent collage made in 1967, Between the river, and which comes from the Pierre Matisse gallery located in New York.

The exhibition is to be discovered until October 23 at the Galerie Alexandre Motulsky-Falardeau, located at 1, côte Dinan, in the Vieux- Quebec.