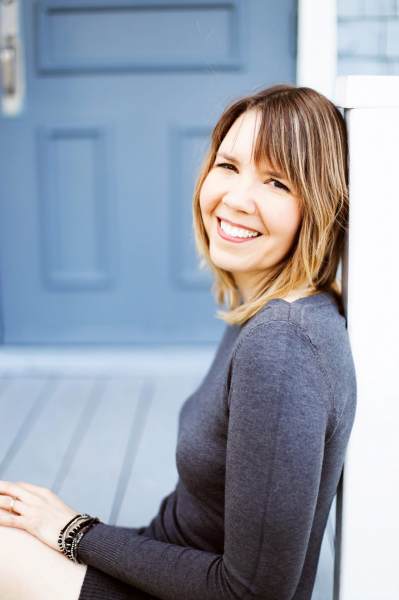 In 2015, Catherine Bourgault launched the first volume of her series OMG! Seven years later, she presents the 12thth and final part. The author bids farewell to her characters and analyzes the impact of her novels on young readers.

How do you prepare for the end of such a long series?

When I miss my characters, I twist in the story and bring them back to another series! In OMG! there are characters from the Girls Club series and the The gossip of Charlotte Cantin. Thus, it is certain that the characters of OMG! will return. Eventually, I would like to write a younger adult/adult book with them. Maybe we could find them five years later…

Where do we find the characters in this final tome?

Volume 1 begins with Iris' birthday. Since the entire series spans a year in the life of the characters, I figured we'd end with Iris' party. Her best friend went to Europe for a year. Iris is in a relationship with Maverick, who is a bit of a bad boy on the street. Iris' mother doesn't like her very much. They must see each other in secret. Iris thinks her birthday will be really flat this year, as all “her world” is far away…

It's nice to see that the importance of friendship comes out like the major theme of your series.

In your opinion, what impact has your series had on your readers, over the years?

My readers grew up with the series. Some of them are now in their 20s and also read my adult books. I find it magical, as a transition! Then, mothers tell me that they read my books, while their daughters also read on their side, and that they find it fun to be able to discuss them together. It allows them to discuss certain subjects and to have a bond of complicity. I am very touched to be, in a way, complicit in their relationship!

Do you consider that the expression “OMG” has aged well? If you had to choose another expression for the title of your series, which one would it be?

Honestly, I think it has stood the test of time. It is an expression that we say in all sauces: when we are surprised, happy, sad, etc. I think everyone knows what “OMG” means. It's one of the titles I like the most, among all my series, for all the emotions it can represent!