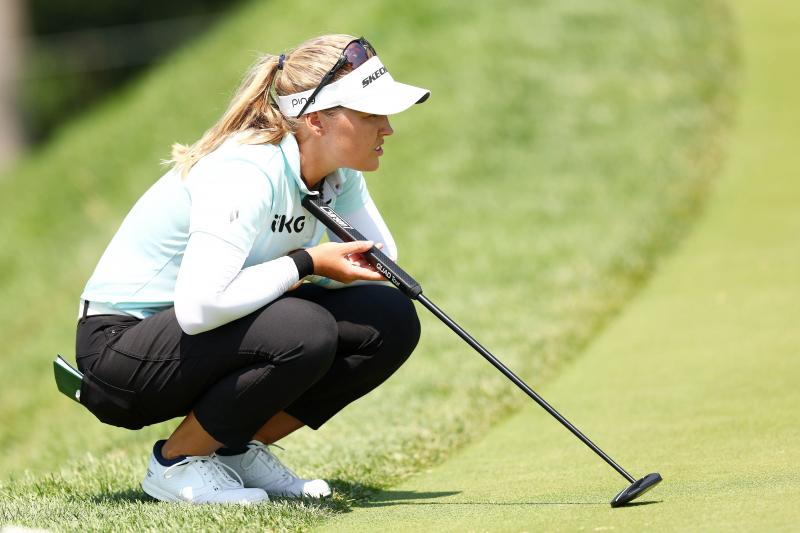 After two canceled editions, the Canadian Women's Open returns with great fanfare and not just anywhere. Played on the fairways of the magnificent Ottawa Hunt golf club in the suburbs of the federal capital, it is right in the territory of the big favorite, Brooke Henderson.

The best Canadian golfer grew up about sixty kilometers to the south, in Smith Falls. Over the next four days, she will be closely followed by her enormous legion. To her greatest pleasure, by the way.

But the champion of the 2018 edition disputed in Regina does not want to be disturbed. As soon as she plants her ball on the mound on Thursday afternoon, she will be in her bubble.

On this same course in 2017, Henderson finished 12th, six strokes behind champion Sung Hyun Park , especially because of a bad start. She had resisted the ax with a small blow.

“I really have my job to do. I really have to deliver the best possible performance. I have to stay smiling and enjoy the moment. This week represents an incredible opportunity”, expressed one of the only two representatives of the maple leaf to have won this tournament. The other being Quebecer Jocelyne Bourassa in 1973.

She will try to steal the crown from the defending champion, Jin Young Ko, who won at Magna Golf Club in August 2019. 2020 and 2021 editions had been canceled due to the pandemic.

In fact, four golfers from La Belle Province are setting off in Ottawa this morning. After an excellent season on the LPGA Tour, Maude-Aimée Leblanc recorded three tops 10 and ranks 61st in the CME globe race.

It is an official return to the country for the Quebecer who had decided to retire after the 2019 season. But getting bored of the aisles and having rediscovered the pleasure of playing, she had played a thundering season last year in the antechamber of the LPGA, which allowed her to return to the world elite.

“It's nice to come back and play here. I have always said that this is my favorite tournament. It's the one I look at first and foremost. When it's so close to home, it's all the more special, “said the 33-year-old golfer who has regained her means by taming her putter in particular.

This will lead the young wolves Valérie Tanguay, Brigitte Thibault and the amateur Sarah-Ève Rhéaume.

Thibault will also start a first tournament as a professional. After five years on the American university circuit, with the Fresno Bulldogs and the Texas Longhorns, the 23-year-old Quebecer decided to take the plunge by leaving the amateur ranks when she was ranked 361st. She had reached the 105th echelon over the past few years.

Among the elite at 12

The week of the Canadian Women's Open had barely begun on Monday when a gifted youngster broke a record.

Lucy Lin became the youngest entrant in tournament history as she earned her place through qualifying.

“I am very excited. I lack words to describe the feat of playing with the best in the world, said the one who started to tickle the little white ball just three years ago.

“It's unbelievable. I'm nervous, but I'm going to have to calm down and be patient,” she added, hoping to resist the ax.

But first and foremost, she wants to savor the moment.

“I want to enjoy this experience and meet all these great golfers. Maybe I can get some autographs.

She will certainly return to Vancouver with her head full of memories next week to tell her classmates about her adventure.

At 57, Canadian Lorie Kane takes part in the Women's Open for the 30thth and last time of her career.

The government federal government granted an amount of nearly $4.4 million to Golf Canada to support its two major national championships, the women's and men's omniums, under the Major Festivals and Events Support Initiative program. /p>