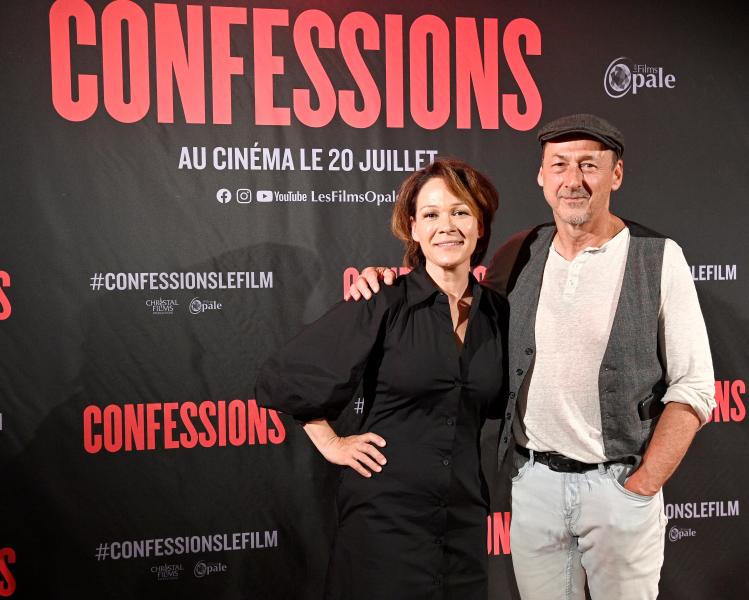 It was opening night at Théâtre Outremont on Monday, as cast members and several stars braved the rain and walked the red carpet to watch the film Confessions. The highly anticipated work, directed by Luc Picard, focuses on the “career” of hitman Gérald Gallant. The latter confessed to no less than 28 murders carried out on behalf of a group of bikers. The film will be released on Wednesday in Quebec.