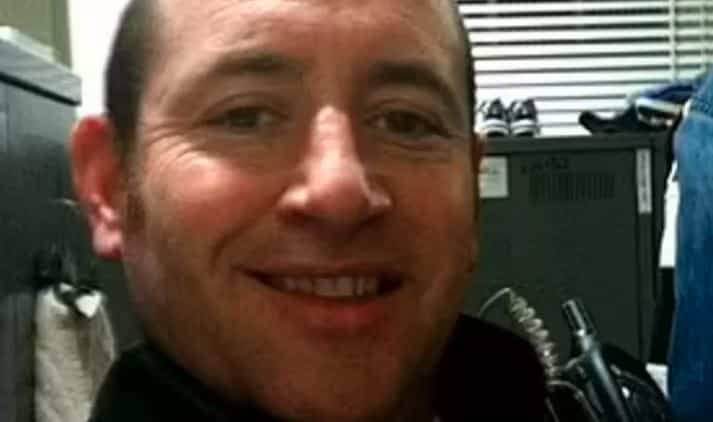 This is one of the “most shocking” cases involving a police officer, according to the British prosecution. An officer admitted to a total of 24 rapes and numerous sexual assaults over a 17-year period on Monday, sparking heavy criticism of London police.

“On behalf of the Metropolitan Police, I want to apologize to the women who suffered at the hands of David Carrick,” Assistant Commissioner Barbara Gray said. “We should have spotted his behavior and because we didn't we missed opportunities to remove him” from the police.

On Monday morning David Carrick, a 48-year-old police officer, pleaded guilty in a London court to four rapes. On December 13, he had already admitted forty-three offenses, including twenty rapes, as well as sexual assault. Acts committed between 2003 and 2020.

This case brings back memories, which shocked the country, of the death of a 33-year-old Londoner, Sarah Everard, who was raped and killed by a police officer in March 2021.

He was arrested in October 2021 for a first rape case. “As press interest followed, other victims came forward. (…) The weight of their testimony was extremely powerful,” said Chief Inspector Iain Moor outside the court. He expects more victims to come forward.

David Carrick has met some women on online dating sites or on dates, using his position as a police officer to gain their trust.

He admitted to raping nine women, some repeatedly, for months or even years. He locked victims in a small cupboard under the stairs in his home for hours, without food. He called some of his victims his “slaves”; he controlled them financially; it isolated them from their loved ones.

“He loved to humiliate his victims and skillfully used his professional position to make them understand that it was useless to seek help, because they would never be believed,” detailed Iain Moor. He acted with his victims “in the most destructive way”.

For the head of the prosecution, Jaswant Narwal, this is “one of the most shocking prosecutions have had to deal with, involving an on-duty police officer.”

Another case sowed fear in the United Kingdom in March 2021. Police officer Wayne Couzens raped and killed a Londoner, Sarah Everard, whom he had handcuffed during a false arrest, before kidnapping her. This agent was sentenced to life in prison. The police had been accused of having ignored alarming signals about the behavior of the murderer.

“Police forces must eradicate these officers to restore public trust, which has been shattered by cases like that of David Carrick, said a spokesman for Prime Minister Rishi Sunak. “We have been clear, there is no place in our police forces for officers who fall so far short of minimum standards.”

“I am absolutely disgusted by the truly heinous offenses that David Carrick has committed,” said London Mayor Sadiq Khan. “Serious questions must be answered about how he was able to abuse his position” as a police officer.

In November, a report highlighted flaws in the recruitment and control of police officers. police and revealed the extent of misogynistic, sexist and even predatory behavior.

“It is too easy for the wrong people to both join and stay in the police,” the chief of services had said. Police Inspector, Matt Parr.

“If the police are to rebuild trust and protect their female officers and staff, scrutiny must be much stricter and sexual misconduct must be taken much more seriously. seriously,” he said.

David Carrick having pleaded guilty, there will be no trial. A hearing will be held from February 6 for the pronouncement of his sentence.