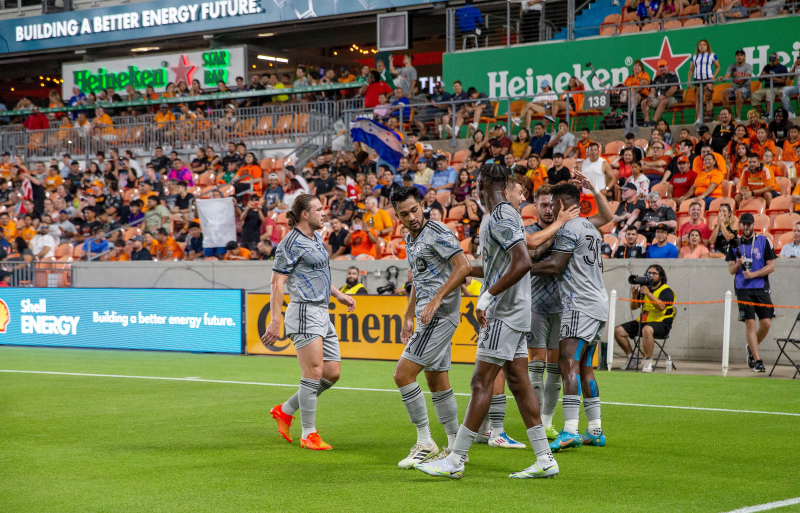 With seven road wins, CF Montreal continues to improve on the team record they broke earlier this season. We can say that this club plays in an uninhibited way away from Stade Saputo.

In fact, with 23 goals on opposing lawns, the Bleu-blanc-noir shows the best production in MLS and this is not an insignificant detail.

This means that his troops present the same face of a match to the other.

“We play the same way whether we are at home or abroad,” confirmed midfielder Lassi Lappalainen on Tuesday. Sometimes we get a little luckier on the move because the ball goes in.

Kamal Miller explains, however, that such an approach comes with its share of challenges.

” It's risky. All teams want to win at home, to make their stadium a fortress. We know the opponent is always trying to play their best game, said the defender.

“It's very daring to move around and keep the same style of play, but that's what the coach wishes and we all believe in it. So how are you.

Six games without a loss

CF Montreal is in the midst of a six-game unbeaten streak. Of this number, three matches were played in another city, all victories.

Earlier this season, the Quebec club lined up eight games without failure, including five on the road for three wins and two draws. These are valuable banked points.

“We have a very good record abroad and I think that plays a huge role in our standings [second in the East],” argued Miller, who explains the mentality of the team.

“I think we approach every game with the mentality of going for a goal and putting pressure rather than defending. We play our style, no matter the stadium.

In a league like MLS where it is considered difficult to win abroad, he It's not uncommon to see a team present a different face to the opponent. This is not the case with CF Montreal.

So how do rivals react to a visitor who comes to dictate?

“It's possible to defend against the way we play, but our opponents haven't done much to counter us on the road,” says Lappalainen.

“I have the feel like they can't do much or they're a bit stupid, which I don't think is the case. Our system is just very good. »

Eyes on the cup

There are still nine games left in the regular season, but CF Montreal is well positioned to host at least one home game in the playoffs.

Miller is well aware of what is hanging out at the end of his team's nose and is thinking big. He has the MLS Cup in his sights.

“Certainly I think about it, I don't know about the other guys. I like to project myself forward and see the challenges that arise.

“Based on what we've achieved so far, I don't think it's driven by hair to think about the MLS cut. We played good games against the best teams in the league, and anything can happen in the playoffs. »