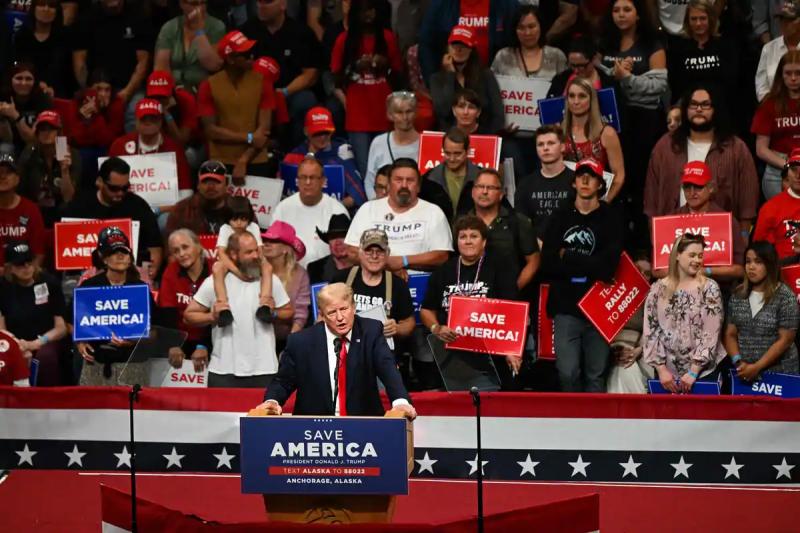 WASHINGTON | A group of elected members of the United States Congress will demonstrate on Tuesday how far-right militias played a leading role in the storming of the Capitol after answering a call from their hero Donald Trump.

Since the beginning of June, this parliamentary committee – seven Democrats and two Republicans repudiated by their party – has been unfolding during public hearings a narrative placing the former American president and his followers at the heart of an “attempted coup”.

Supporting videos and testimonials, it meticulously details the pressure exerted by the billionaire to stay in power, from the 2020 presidential election to the assault on the Capitol by his supporters on January 6, 2021.

During its seventh hearing on Tuesday, the committee intends to “examine how in the weeks leading up to the 6th (January), Donald Trump grew increasingly desperate and summoned the crowd to Washington,” said a parliamentary source.

At the heart of the investigators' presentation, a tweet from the ex-businessman dating from December 19, during which he called on the crowd to gather in the American capital on the day of the certification of the victory by Joe Biden.

“Big demonstration in Washington on January 6th. Be there, it will be crazy,” wrote the tenant of the White House on Twitter, his favorite megaphone at the time.

Investigators intend to show how this tweet was perceived by several far-right militias, namely the Proud Boys and the Oath Keepers, as an invitation to take part in the procession. And triggered their first preparations.

“We will show how this was a crucial moment that caused a succession of events,” assured the parliamentary source.

Thousands of Trumpists responded to the president's call. Gathered in the freezing cold, a tide of red caps had listened to Donald Trump speak, before attacking the seat of the United States Congress in an unnamed chaos.

Among this crowd, members of the Proud Boys and Oath Keepers arriving in small groups and with paramilitary equipment suggesting some form of planning quickly interested federal prosecutors.

Several of them have been charged with “sedition,” a very rare charge that involves conspiring against the government or one of its laws. Their direct connection to the White House has never been publicly established.

Jason Van Tatenhove, a former spokesman for the Oath Keepers, is expected to testify publicly before the House Committee on Tuesday. < /p>

For nearly a year, these elected officials have heard more than 1,000 witnesses, including two children of the former president, and gone through 140,000 documents to shed light on the specific actions of Donald Trump before, during and after this event that shook American democracy.

The Republican billionaire, who openly flirts with the idea of ​​running for president in 2024, vehemently denounces the work of the commission , castigating in turn a “travesty of justice” or a “witch hunt”.

His party, which he still controls with an iron fist, has already promised to bury the conclusions of this commission if he were to take control of the House of Representatives during the mid-term legislative elections andat in November.