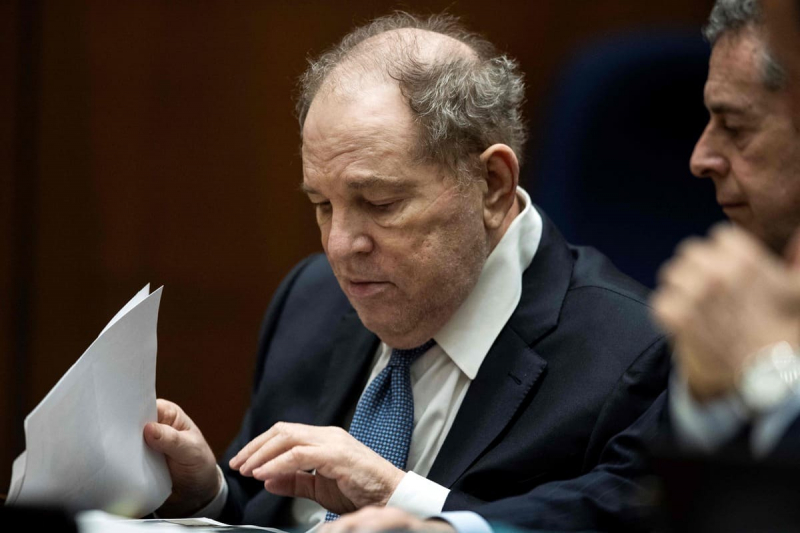 The second trial of deposed Hollywood magnate Harvey Weinstein, accused of rape and sexual assault, gets into the thick of things on Monday in Los Angeles, with the expected opening of the proceedings.

The 70-year-old producer of award-winning hits like Pulp Fiction and The Artist has already been sentenced in New York, where he has been serving a 23-year prison sentence since 2020, also for rape and sexual assault. A verdict that was a major event for the #Metoo movement.

This time, Harvey Weinstein faces eleven counts for alleged acts committed on five women in hotels in Beverly Hills and Los Angeles between 2004 and 2013.

This trial was opened on October 10 by the selection of jurors, finalized on Thursday. The jury will have a total of nine men and three women who will decide whether or not to worsen the fate of the former kingmaker of American cinema.

If found guilty, Harvey Weinstein – who pleaded not guilty on all counts – could be sentenced to more than 100 additional years behind bars.

After an initial rejection by the court, the New York Supreme Court finally allowed the former producer to appeal his 2020 conviction in August, bringing a new dimension to the Los Angeles trial.

Au total, nearly 90 women, including Angelina Jolie, Gwyneth Paltrow and Rosanna Arquette, have accused Harvey Weinstein of harassment, sexual assault, or rape. But the statute of limitations has been exceeded in many of these cases, some dating back to 1977.

The ex-producer is also charged in the United Kingdom with sexual assaults which date back to 1996.

Among the five accusers – who will all testify in Los Angeles under the pseudonym of “Jane Doe” – figure Jennifer Siebel Newsom, wife of Democratic Governor of California, Gavin Newsom.

The former producer has always assured that all his accusers were consenting, while his lawyer pleads that there is no forensic evidence or credible witness to support the charges.

Mr. Weinstein's retrial also coincides with the premiere of She Said, which premiered last week at the New York Film Festival and which traces the investigation of two journalists from New York Times on the all-powerful producer.

Before his fall, his influence on Hollywood was immense. Over the years, films produced by Mr. Weinstein, such as Quentin Tarantino's Inglorious Basterds, have received more than 300 Oscar nominations and 81 statuettes.