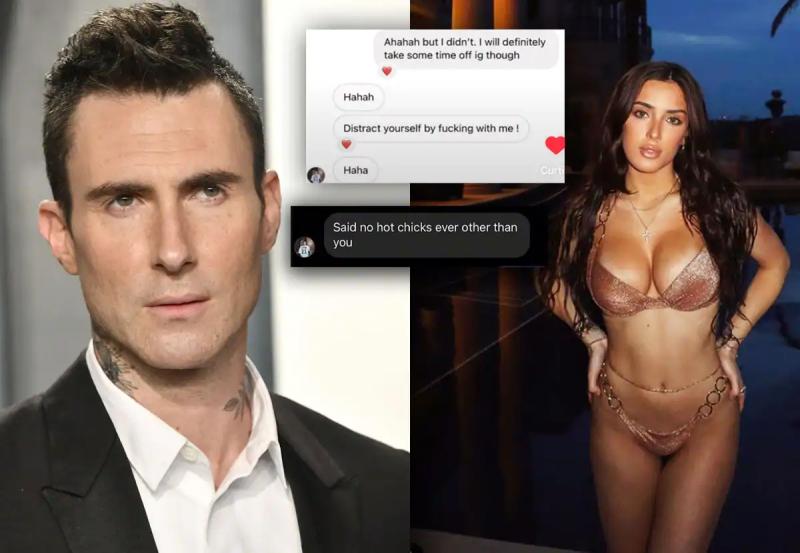 Adam Levine, who has denied having an extramarital affair with model Sumner Stroh, now faces new allegations from women he allegedly contacted.

They allege that he sent them numerous sexual messages, and they have decided to make the private messages they received public.

“A lot of things are being said about me at the moment and I want to clarify several matters. I admit that I lacked judgment by flirting with women other than my spouse,” the 43-year-old singer wrote on Instagram on Tuesday.

The artist's mea culpa came as several other women began accusing him of being unfaithful.

“Your body is amazing, how do you get in such shape?” Adam Levine reportedly wrote to a woman named Maryka on Instagram. Screenshots of their conversations have been shared on social media.

Adam Levine always sounded like a hyena being dragged in a back alley when he sang, especially when attempting to hit those high notes. Now I learn he's still a cheater (been stories about him for years). And I don't believe he's sorry. Another woman came forward with receipts. https://t.co/EFwx6OtZCU pic.twitter.com/n55eebX7RC

He added 'I'm obsessed with you'.

When the woman asked him : “You're not married?”, he would have replied: “Yes, but it's complicated”.

The screenshots of the woman have gone viral.

Another woman alleges that Levine wrote to her: “take your mind off it by sleeping with me”, adding a video in which he says to the camera: “I am stupid” .

Levine is married to Victoria's Secret model Behati Prinsloo, 34, with whom they have two daughters, Dusty Rose and Gio Grace. She is pregnant with their third.

In his exchanges with Sumner Stroh, he said he wanted to name his future boy after him.

Adam Levine previously admitted to being unfaithful before he met and married Behati Prinsloo.

“Instinctively, monogamy is not part of our genetic make-up,” the singer told Cosmopolitan in a 2009 interview. “People cheat. I cheated. And you know what? There's nothing worse than the feeling of doing it.”

According to research published in various media, almost half of couples are likely to have to deal with an unfaithful partner.