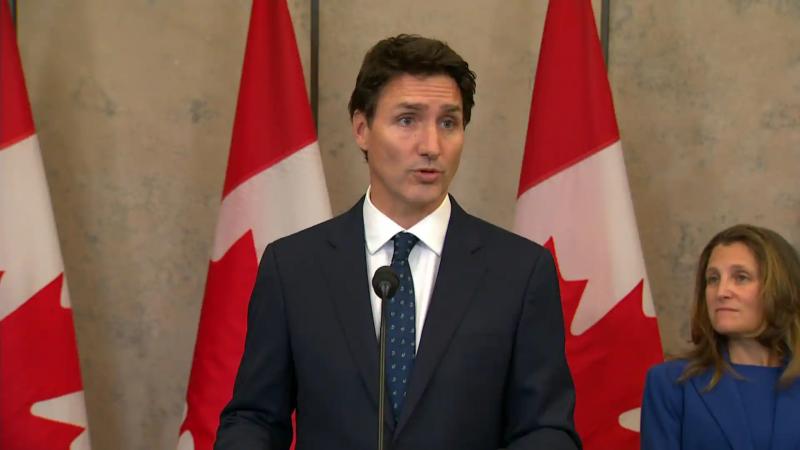 The Trudeau government announces a plethora of sanctions against the Iranian regime's elite, but does not add the (IRGC) corps to the list of terrorist organizations.

The new measures, announced at an impromptu press briefing on Friday afternoon, include a permanent ban on entry to Canada for those “mainly responsible” for injustices in Iran.

“The top 50% of the IRGC, among others, so more than 10,000 people, officers and senior ranks, will be banned from Canada forever,” Prime Minister Justin Trudeau announced.

This is a measure used “only in the most serious circumstances against authorities that have perpetrated war crimes and genocide, such as in Bosnia and Rwanda”.

Everything will be overseen by the creation of a new “sanctions office”, at a cost of $76 million, which will endeavor to impose the financial measures of the federal government.

“We will restrict the financial transactions with Iran associated with the IRGC and the proxies that support them,” Mr. Trudeau continued.

The announcement comes two weeks after the outbreak of protests for women's rights and against the Islamic political regime in the wake of the death of a young Iranian, Mahsa Amini, after her arrest by vice squad for having “incorrectly” wore the veil.

“The Iranian regime is a state that supports terrorism. It is repressive, theocratic and misogynistic,” Deputy Prime Minister Chrystia Freeland said on Friday. “The IRGC leadership are terrorists. The IRGC is a terrorist organization.”

Asked about his decision not to place the IRGC on the list of “terrorist entities”, the prime minister says he “looked carefully at all the different tools that we can use , and the Canadian Criminal Code is not necessarily the best tool to hold states or entities, state armed forces accountable.”

The United States, however, went ahead and listed the IRGC as a terrorist entity. Canadian conservatives have been calling for this for several years.

The paramilitary organization has a mandate to keep the Islamic regime in place.