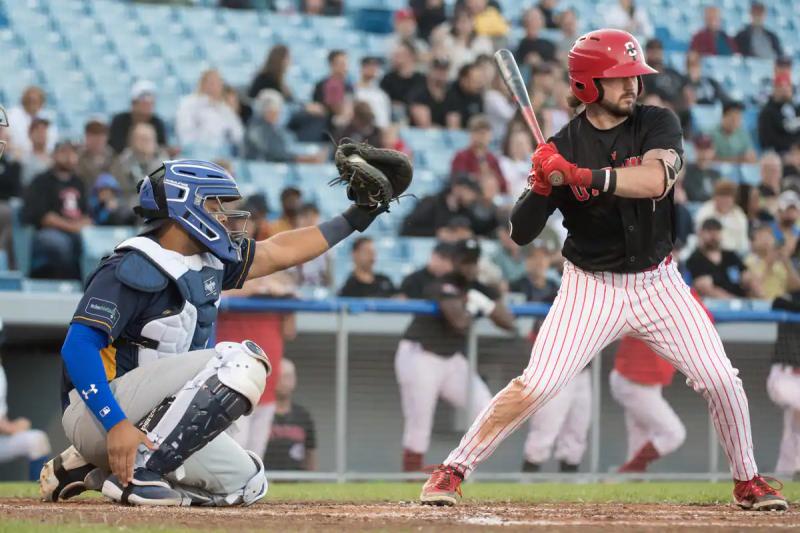 Swept away by the Capitales de Québec during their last series against them, in July, the Titans did not expect to be played the same round, Saturday in Ottawa, they who won the second duel of their series by a score of 6 to 4.

The crowd favorites were quick to announce their intentions, they who scored two points in their first assault thanks to a sacrifice fly by Clay Fisher and a single by Tyrus Greene.

It was Brendon Dadson, however, who put on the show offensively for the winners of the day. The designated hitter first hit a two-run homer off starting pitcher Henry Omana in the second inning. Then he repeated it all in the eighth round at bat, this time against reliever Joel Huertas. It was this second strike that turned out to be the decisive game. Huertas (1-2) therefore added the loss to his record.

The visitors' reply came mainly in their second round at bat, where they crossed the plate on three occasions, including twice at sequel to Kyle Crowl's double.

The Capitals even managed to tie the game in the sixth inning thanks to a double run from Josh Sears, but Dadson came and cut their legs moments later.

The Capitals are still well established in first place in the Eastern section of the Frontier League. If they wish to maintain this position, however, they will have to circle the last game of their series against the Titans, Sunday, with a big red marker.

The latter are their most serious pursuers. Second in the section, by virtue of a record of 45-32, the Ontario team is only four games behind the Capitals and from the lead. Since the first team in each section is offered a bye to the first round of the playoffs, the final game of this series could prove decisive.

After the conclusion of this series, both teams will meet twice rather than once, the moment of three games, each time at the Canac stadium.