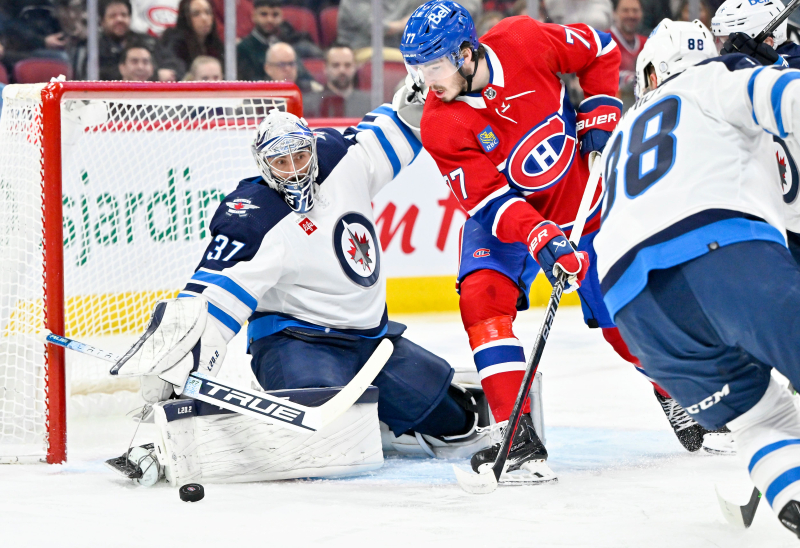 The Canadiens delivered a solid performance against one of the teams of the hour. Montembeault was less busy against the Jets, but he still got the job done.

“It's our best 60 minutes of the season. In the neutral zone, we left no space. It is one of their strengths. We were very good tonight. ”

Joshua Roy, Tyson Hinds and Nathan Gaucher, proud gold medalists with Canada at the World Juniors, were introduced to the crowd before Tuesday's game between the Canadiens and the Jets at the Bell Centre.

“We played a good game. We played very good hockey in our last eight periods. We are connected and we stay inside our structure and we take care of the team. »

Evgenii Dadonov celebrated his third goal of the season with his teammates in the second period.

Defender Justin Barron played well with two assists. He was able to do it against his older brother and in front of his parents, who watched the game.

“It was really special. My brother and I were happy to play in front of our parents. They couldn't lose tonight.”

Pierre-Luc Dubois and David Savard did not go out of their way in front of Samuel Montembeault's net in the second period.

Rafaël Harvey-Pinard has been called up for the game against the Jets. He spent almost 13 minutes on the ice, including one appearance with Nick Suzuki.

“It wasn't perfect. I can play even better than that. It is a gradual process. I brought some intensity and I finished my checks. »