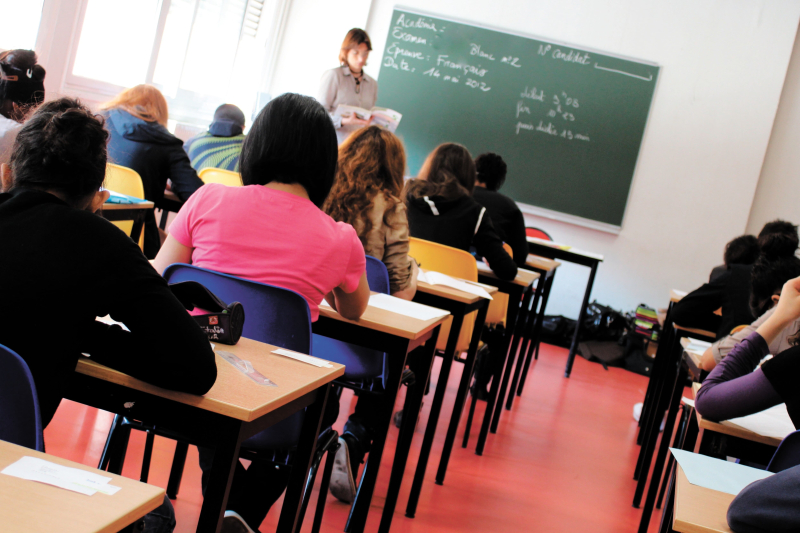 Bernard Drainville is right. The debate on the abolition of grades has been settled. As he said, the notes do not exclude the production of comments. The two are complementary. Grades provide an at-a-glance view of children's performance.

But there is something more important than classroom assessment. In many subjects, our children are bored in school, with obvious consequences on their behavior and on their study ambitions.

The Ministry's curriculum is designed for tails. of class.

This frenzied egalitarianism is a hidden legacy of May 68 and the Chinese Cultural Revolution. The abolition of grades was part of the class struggle as conceived by the Maoists. The development of skills in defiance of knowledge too. Just like the remodeling of curricula to the advantage of less gifted students.

The Chinese education system is no longer Maoist. But not in our country, where the Maoists are still rampant.

In our country, primary education is divided into three two-year cycles. In theory, the second year of each cycle is used to deepen the subject and develop automatisms.

In reality, it is a three-year program with compulsory repetition every other year. Because in fact, the students have the feeling of relearning what they have already learned and they are mortally bored repeating the same exercises over and over again.

With us, the program despises the acquisition of knowledge. Yet what good is it to have skills if the student has practically no knowledge?

In French, in particular, the program tends to become a long, slow and boring spelling lesson spread over 13 years.

Children are formatted to write texts following an identical recipe (subjects brought , posed subject, etc.) which hinders creativity and which forces them to favor empty discourse.

The context of the few works studied is barely sketched.

In addition, whereas in the past rote learning was wrongly privileged to the detriment of comprehension, the program has evolved towards the opposite excess. What a waste not to take advantage of these years to develop children's memories and teach them more knowledge that they will remember all their lives!

With us, the programs are much too subject to fads. For example, in the history of humanity, of the West, or even of Canada and Quebec, Aboriginal people occupy only a marginal place with regard to the major political, economic and cultural decisions that have been made during the last centuries.

Indigenous people and sexual minorities have become the modern proletarians of the new kind Maoists of the Ministry of Education.

To put it more bluntly, for ideological reasons, the program devotes too much importance to subjects of little importance or of a banal everyday nature, which quickly tire the pupils.

We bet that if the program of the ministry were more interesting and more relevant, a much of the students' behavioral problems would vanish.