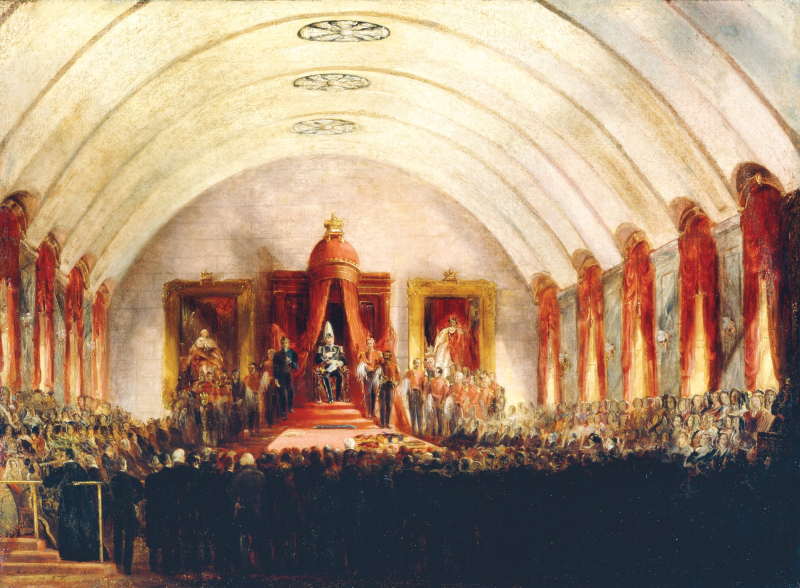 Other times, other customs, as we sometimes say. But it's not always the case ! Oyster feasts have long entered the culinary tastes of Europeans… and Canadians!

The discovery of hundreds of oyster shells among the archaeological remains of the parliament of the Province of Canada in Montreal (1844 to 1849) could have gone unnoticed alongside the more spectacular objects unearthed, such as the burnt books of the library or the Members' personal effects…

In fact, it is often in considerable quantities that archaeologists find this type of ecofact, in Quebec or elsewhere. During the French Regime, arrivals of this delectable mollusc from Baie Verte, in Acadia, or Baie des Chaleurs, occasionally supplied gourmets in the St. Lawrence Valley.

This discovery in the heart of Old Montreal is not as trivial as it looks, since it takes us to the stage of the production of oysters for ever more numerous consumers.

It was at the beginning of the 19th century that the craze for oysters took off in the colony, at the same time as the the thousands of British immigrants and American Loyalists.

In the 19th century, oyster fishermen at work in the Chesapeake Bay, the most abundant region on the entire East Coast. Wild oysters were, even at that time, picked up manually using long wooden tongs with ends fitted with metal teeth, which can be seen in the engraving.

The popularity of this shellfish was then such that all the good inns and hotels in Quebec and Montreal placed it on the menu, especially in season, from September to December. Parliamentarians from Upper and Lower Canada surely frequent some of these culinary meccas.

However, the Parliament of Montreal also has its own restaurant – a refreshment room à l'anglaise – where tea service and meals are offered.

The presence of very large quantities of oyster shells in the remains of this building which burned down in April 1849 confirms a certain predilection for this dish among the political class, both French and English speaking.

To stock up on fresh oysters, Canadians must turn to Prince Edward Island, with its famous Malpeques caught in the bay of the same name, as well as towards the bay of Caraquet, in New Brunswick, or the bay of Chaleur. In all cases, it is the same species: the American oyster, Crassostrea virginica.

When Canada was about to become a confederation in 1867, fishing methods changed completely in North America. The use of the dredge, introduced in 1820, but in more common use after 1860 in the United States, certainly encouraged excessive fishing by making it possible to rake the seabed over great distances while reducing the physical effort for the fishermen. In the Gulf of St. Lawrence, a so-called “Malpeque” disease greatly reduced oyster stocks at the beginning of the 20th century.

However, archaeologists will find shells in the dumps of this century testifying to the continued popularity of this seafood on Quebec tables.

► Excerpt from the book Fragments of Humanity from the Archeology of Quebec collection Pointe-à-Callière, Montreal Archeology and History Complex, Éditions de l'Homme, Ministry of Culture and Communications