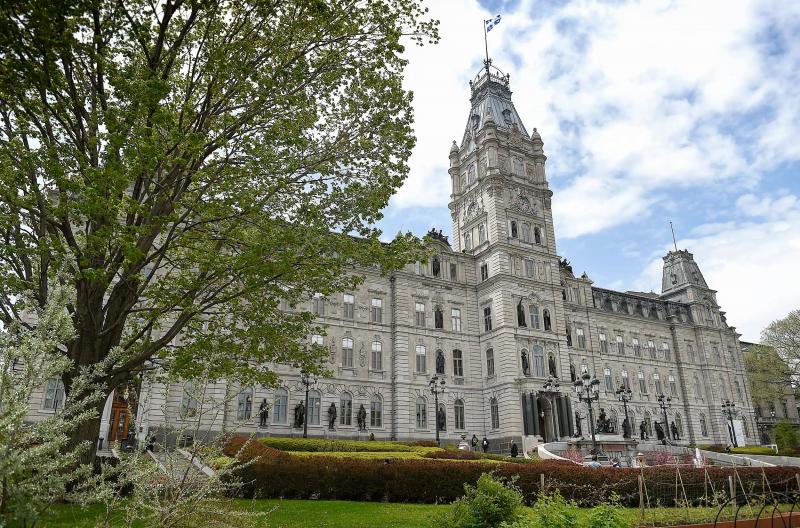 I've had enough of these demonstrations or street blockades with people chanting hostile slogans and calling on our elected leaders to slip away.

Far from the Quebec, I didn't really feel the last waves of the election campaign. I await the results while hoping that the best will happen without being really convinced.

One thing is certain, I will accept the popular verdict and I will not call for sending home elected officials who do not suit me, unlike the ultra-radicals who kick out those who think differently from them.

The anti-CAQ convoy confirms the apprehensions of my French and European friends who fear a great weakening of democracy throughout the world.

The rise of the extreme right in Italy and Sweden, Hungarian governance, the convictions of Vladimir Putin and his ilk that a democratic country is ungovernable are all sources of concern for them.

In the current context, it is the perceived impotence that is proving to be very alarming!

The French National Assembly could be dissolved and new legislative elections called so that President Macron can carry out his reforms.

The bet is risky, according to my intellectual comrades who anticipate a greater stranglehold of extremists on both the left and the right on Parliament.

According to them, Le Pen and Mélenchon would be closer to Putin than to Biden and could endanger NATO and the survival of the European community. Already inside the latter, Poland and Bulgaria are not leading the way and the English have come out.

Europe divided, the rapprochement of certain States with Russia is then foreseeable and would announce the end of globalization as we know it.

For many, this would be good news, but the commitment in a multipolar world with the resumption of the cold war does not ensure more tranquility and social justice for humanity as the anti-globalizationists wish.

I felt a certain discouragement among my friends, surely amplified by the pandemic, which is likely to last a long time.

However, like us, they have the mission to reinvigorate democracy and have an interest in not giving up, because it is the rule of law that is at the heart of the issues!

Giving credibility to the vote

Without knowing the Quebec election results, it is foreseeable that the composition of the National Assembly will not reflect the weight of the tendencies that will be expressed.

Des voices that cannot be heard in the parliamentary precincts become cries outside and multiply in convoys advocating anarchy.

Instead of having preferred to protect their comfortable leather , the Caquiste deputies would have done useful work by contributing to the reform of the voting system.

Their attitude contributed to the deterioration of democracy and the rise of disorder. If every vote counts, it's time for it to show up in our parliaments.