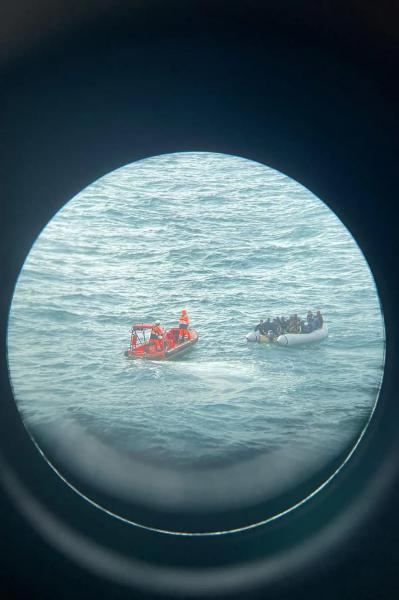 The number of migrants crossing the English Channel illegally into England since the start of the year has topped 20,000, heading for a new record high despite successive UK government plans to try to get there put an end, according to figures published on Sunday.

According to the Ministry of Defense, 607 people made the dangerous crossing of this passage with very heavy maritime traffic on Saturday, one of the highest figures this year.

According to the PA agency count, the total since the beginning of the year is now 20,017 against only against 11,300 on the same date last year

Over the whole of 2021, 28 500 people have thus arrived in the United Kingdom, marking a new record since the surge of these crossings in 2018 in the face of the increasing lockdown of the French port of Calais and the Channel Tunnel.

A recent British parliamentary report estimated that the total could reach 60,000 this year despite repeated promises from the British Conservative government, which has made the subject a priority since Brexit, pays millions to France and then helps it to strengthen the surveillance of coasts and multiplies the measures to toughen the reception of migrants.

London has concluded a very controversial agreement with Rwanda to send to this East African country asylum seekers who arrived illegally on UK soil.

Although none of these deportations have yet taken place – a first flight scheduled for June was canceled after a ruling by the European Court of Human Rights (ECHR) -, the candidates for the succession of Boris Johnson, Rishi Sunak and Liz Truss, have both promised to continue this policy.

Another setback in British migration policy, the government has just abandoned its plan to convert an old ar base airlift from the north of England to a center for asylum seekers, as is done in Greece.