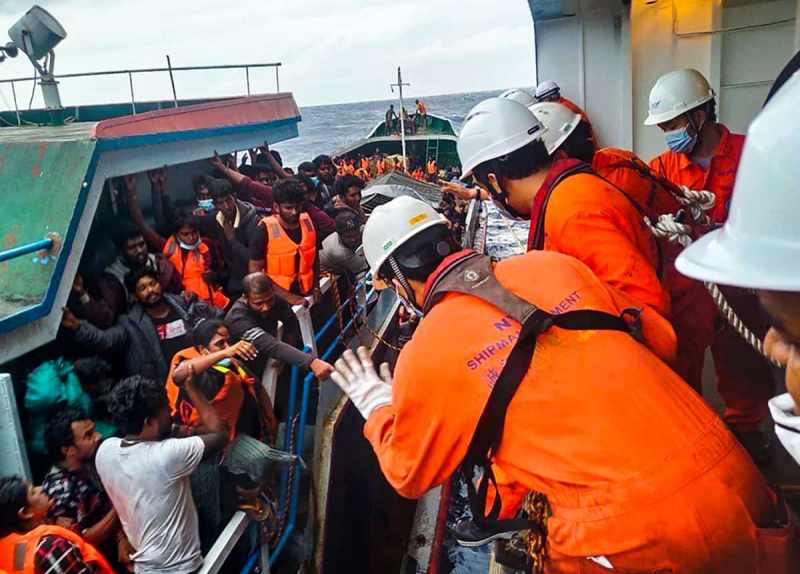 More than 300 suspected migrants from Sri Lanka have been rescued off the coast of Vietnam after their boat began to take on water, Vietnamese authorities said on Tuesday. < /p>

The Myanmar-flagged fishing vessel Lady 3 ran into trouble about 250 nautical miles (460 km) off Vung Tau (south), according to the Maritime Search and Rescue Coordination Center of the Vietnam who believes that the boat was heading for Canada.

“The ship suffered damage which caused water to enter the engine room and could not be repaired since the November 5,” the center says.

After a call for help from the captain on Monday, Vietnamese authorities asked a Japanese-flagged vessel sailing nearby to rescue the passengers.

Many panicked people had gathered on the deck of the drifting ship, according to the rescue center.

The 303 people, including 20 children, were all returned safely to Vung Tau.

Sri Lanka is ravaged by a historic economic crisis, marked by severe shortages of food, medicine, fuel and power outages.

The resurgence of attempts smuggling to Australia by boat prompted Canberra and Colombo to set up a special monitoring center after fitting fishing boats with GPS tracking devices to stem dangerous sea crossings by migrants.