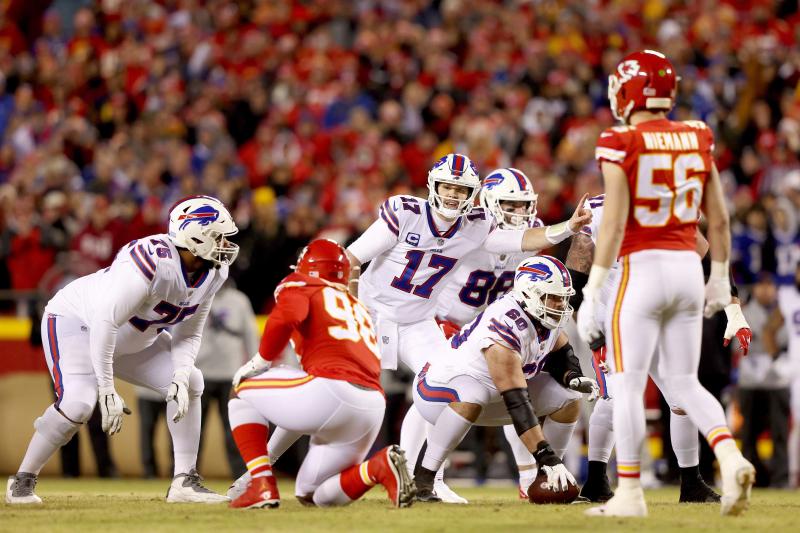 There were four straight Super Bowl losses for the Bills in the 1990s. There was also an interminable drought of 17 straight seasons without a playoff appearance, from 2000 to 2016. Those days are long gone since the arrival of the current regime in Buffalo in 2017, and now this team is mature, well built and without major flaws. The Bills are finally ripe for their first Super Bowl conquest.

Might as well admit it up front, it's not the boldest prediction. The Bills, champions of Super Bowl 57, on February 12 in Arizona, it has become a rather common choice. Bookmakers even identify the Bills as the favorites to win the big game, followed by the Buccaneers, Chiefs and Rams.

I tried to decide with a more pungent, more surprising prediction, but in this game, it is better to win than to surprise. After all, the Bills tick just about all the boxes for a team with a championship pedigree.

Sean McDermott is in the sixth year of his reign as head coach. The team continues to make progress and invest to close the gaps.

Last season's heartbreaking second-round playoff loss to the Chiefs in overtime certainly left the players hungry. Precisely, the 2018 Chiefs, who had suffered an identical fate, had rebounded the following season to take the last step. History may repeat itself, this time in favor of the Bills.

Everyone speaks highly of the quarterback- fullback Josh Allen, with good reason. Some talk about the strength of his arm and his exponentially improved accuracy. Others praise his rushing skills (seven games of at least 50 yards last season).

This is all very true, but if there's one aspect of Allen's game that certainly shouldn't be overlooked, it's the fact that he shines under pressure.

The last season, he was the leader in his position in the fourth quarter with 70.8% of his passes completed. In critical situations on third or fourth down, he accumulated 18 touchdown passes during the same season. Only one of his peers has done so in this context: a certain Tom Brady.

The on-land numbers are somewhat misleading due to Allen's propensity to carry the ball with fearsome efficiency, but carrier Devin Singletary finished the season well and may finally have found his momentum. The Bills also bet on James Cook in the second round, a carrier who will be deployed both on the ground and in the air.

As for Allen's ammunition, they are legion. Stefon Diggs and the young Gabriel Davis, who may come to light this fall, make an excellent duo. Cole Beasley is gone, but his inside productivity will be replaced by the explosive Isaiah McKenzie, who demonstrated last season that he is productive when given an increased role. In Jamison Crowder, the Bills ensured a good depth at this position.

There's also tight end Dawson Knox, who is well out of his shell.

This fire attack clearly shouldn't make you forget what defense the opponents have in front of them.

The Bills have indeed led the NFL in terms of points allowed and yards allowed. They were also the best performers against the pass in addition to finishing third in turnovers with 30.

If there was one aspect of that defense that still left something to be desired, it was too little pressure on opposing quarterbacks. The arrival of veteran Von Miller is a blessing in that regard.

Miller, in his thirties, will need to be preserved for key moments and it seems that was the plan all along. He demonstrated during his brief stint with the Rams that his pivotal offensive skills have not gone away. He was phenomenal in the playoffs.

The absence of star cornerback Tre'Davious White early in the season has fans holding their breath, of course, but the Bills will hold on.

The road to the Super Bowl won't is never easy. There will definitely be pitfalls. Except that this year, the hardliners of the Bills will finally be able to forget the failed kick of Scott Norwood against the Giants, in Super Bowl 25, which was the beginning of long suffering. The wait is long enough.

While serious contenders for top honors abound in the American conference, it's much more timid in the national conference.

Indeed, the Bills are far from spinning alone, without anyone in The rear view mirror. Just in their division, the Patriots are never to be counted for dead, while the Dolphins look improved offensive line and receiver-wise with the arrival of Tyreek Hill.

In other divisions, the Bengals seem much more than the Cinderella team of 2021. Their story has moved the football world, but the foundations are definitely there so that it is not a flash in the pan. The remodeled offensive line will finally give Joe Burrow time not to rush his decisions.

The Ravens should not be taken lightly, they are coming back in full health.

And what about the West division! Between the Chiefs, Chargers, Broncos and Raiders, any of the four teams has a legitimate chance of finishing at the top. The Chiefs, despite some losses, remain intimidating, while the other three clubs have competed in the art of substantially improving their squads. The fight will be exciting and it should come as no surprise that three of the four teams in this section find themselves in the playoffs.

In the nationally, the Rams must be considered as the favorites. The champions of the last Super Bowl have lost none of their splendor, or at least, nothing irreplaceable.

For their part, the Packers and the Buccaneers had to let go of some important pieces, but remain contenders as long as Aaron Rodgers and Tom Brady are in charge.

Among the teams that are likely to surprise, consider the Vikings, Cowboys and Saints. From there to go all the way? In this completely blurry conference, anything is possible!

The opponent of the Bills for Super Bowl 57, then? It's a real roll of the dice, but the Rams will be there for the second year in a row.