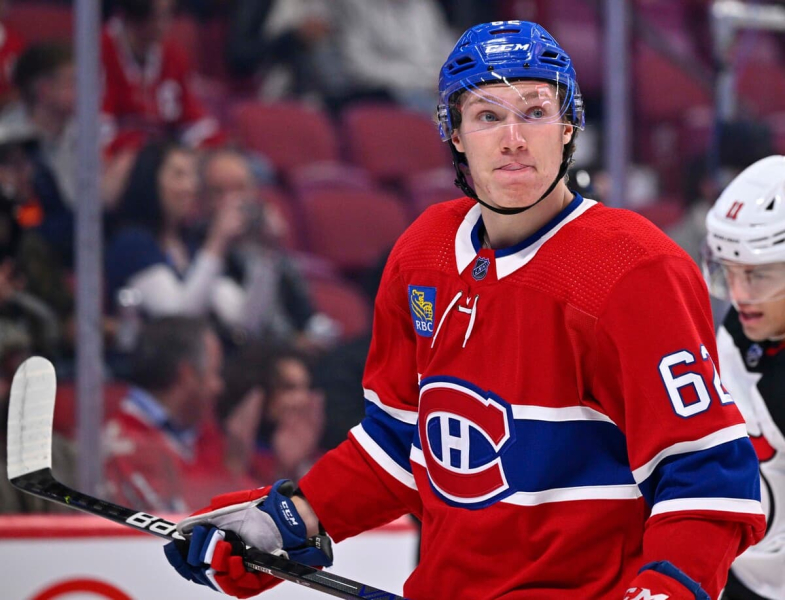 Owen Beck won over Martin St-Louis, Kent Hughes and Jeff Gorton in mid-September thanks to his intelligence at center during the rookie tournament in Buffalo and such a good camp with the Canadiens.< /strong>

Beck, a second-round pick (33rd overall) in the 2022 draft at the Bell Centre, returned to the road for Mississauga in the Ontario Junior League with a sense of accomplishment . He had left more than a nice business card.

Four months later, it still is. Beck could knock sooner rather than later on the door of the CH. After Nick Suzuki, there is a black hole at center.

Sean Monahan, still on the injured list, is out of contract for next season and could serve as money change. Christian Dvorak lacks the talent to fill the second center role and Jake Evans remains a fourth center.

Before hitting the ice for a practice with the Peterborough Petes on Wednesday afternoon, Beck opened up about his future plans in a phone interview with The Journal.

“I like to think I can turn pro next year, especially with the direction the Canadiens are taking, where the team trusts the youngsters,” said the Ontarian.

It's not just Beck who believes in this possibility. James Richmond, general manager of the Mississauga Steelheads, has the same vision. Richmond traded his 18-year-old center back from the World Junior Championship to the Peterborough Petes.

“I wouldn't bet against Owen Beck,” the Steelheads GM told TSN. I believe he will play in Montreal next season. »

“That's a nice compliment from James,” Beck replied when asked about the prediction. But I also believe in it. I had a good rookie tournament and a good camp in Montreal. I stayed for a long time with the CH at the camp. I wasn't that far. With another year of experience in the OHL, I'll be even more ready to make the leap to the pros. »

It wasn't just Joshua Roy who won gold with the Canadian team as a prospect for the Tricolor. Beck also experienced this feeling. But in a much more limited role.

Cut off by Team Canada officials, the center was called up on January 1 to replace Colton Dach, who suffered a shoulder injury in a game against Sweden.

Beck will have finally played in the last three games, against Slovakia, the United States and the Czech Republic. Used primarily in a 13th forward role, he got one assist. next. There hadn't been a big speech and I didn't know I was the waiting player, ”he clarified.

“I ended up getting a call back and for me it was a dream come true. When I was younger, I imagined myself with the Canadian team at the Junior World Championships and I received the gold medal at the end of the tournament. I accomplished both goals. It was a fantastic experience. I will never forget this tournament. »

By the end of the season, Beck will be pouring his energies into his new team, the Petes. < /p>

“I was sad and disappointed to leave Mississauga,” he said. I made my OHL debut with this organization, I just wore this jersey. However, I am excited to start a new chapter in Peterborough. I will have the chance to play for a better team. The Petes will want to win the championship.

“I wanted to become more offensive this season,” he said. There were several questions before the draft about my offensive potential. Even after my selection in the second round, I was still reading reviews about my attacking game. My goal was to change that discourse. I wanted to prove that I can be very threatening offensively in addition to playing very well defensively.

When Beck has a goal in mind, he tends to achieve it. He could therefore mix the cards with the next Habs camp.