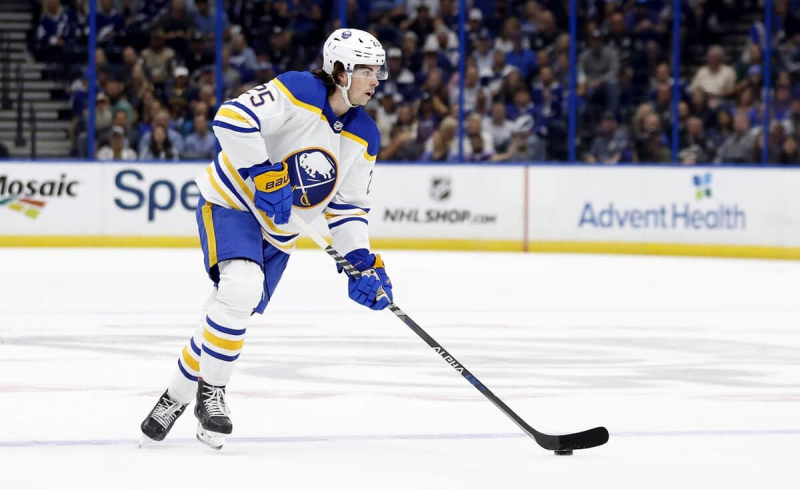 Young Owen Power picked the best time to score his first goal of the season, Monday at Dallas. He threaded the needle in overtime in the Buffalo Sabers' 3-2 win over the Stars.

Power, the first overall pick in the 2021 draft, was tipped as one of the big favorites in the race for the Calder trophy at the dawn of the campaign. We can't say that he wowed the gallery by amassing 16 assists in his first 42 duels, but he already spends an average of nearly 24 minutes on the ice per game, at the age of 20.< /p>

In the duel of the day, the former University of Michigan hit the post at the start of the extra period. Tage Thompson, however, gave him a second chance a few moments later, serving him a superb backhand delivery. Power did not miss his shot and demystified Jake Oettinger with a powerful one-timer shot.

Thompson had also obtained an assist on the second goal for his team, scored by Victor Olofsson. This brings the giant format striker's total to 63 points in 46 short games.

Rasmus Dahlin also hit the target in the victory. It is his 14th goal of the season, bringing him within a goal of his compatriot Erik Karlsson and the top of the league among defenders.

Jamie Benn and Jason Robertson have replicated for the Stars. Veteran Joe Pavelski had two assists in the loss.