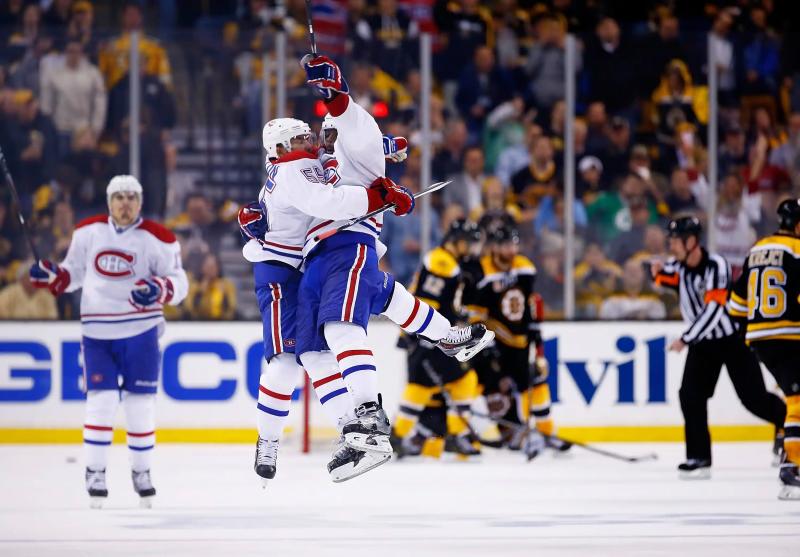 “We don't have teammates like P.K. every day, but we got to know him. He made us laugh. He always came with stories, he always had things to say. He was a very colorful guy.”

Francis Bouillon played two seasons with Subban, when he returned to Montreal in 2012-2013 and 2013-2014. Met on the sidelines of the conclusion of the Canadian rookie camp, he recognized that the 76 was not always easy to live with.

For the conservative world that the NHL has always been, P.K. Subban was disturbing. Whether it was with some fans, some coaches or some teammates, his outgoing personality was an irritant.

“Yes, there were a few altercations with teammates, but I think there had more positives than negatives (in the presence of Subban), admitted the former defender. He was a good teammate, a very pleasant guy in the locker room. »

“The important thing is that he was a real one on the ice,” added the former defenseman. I remember him in the playoffs, he was a guy who was going to war. He was in the face of the opponent and wanted to go all the way. He wanted to win. »

The Bruins in the skin

Like many, Bouillon remembers the second-round series that the Habs won in seven games against the Bruins of Boston, in May 2014.

during this encounter. Subban stood out with seven points (four goals, three assists), including a goal in the second period of overtime in Game 1, silencing the vociferous Bruins fans gathered inside TD Garden.

In addition, he had spent the series making the Bruins players lose control.

“He was an impact player. He made the opponent lose his head. Especially during this series against Boston, remembered Bouillon. He was difficult to face. He was a guy who answered, who played physical. »

« We also knew his attacking side. He brought a lot of attacks and points. As a teammate, it's fun to go to war with guys like him,” continued the current player development coach.

It's not the only time Subban s is pictured against the Bruins. Everyone remembers the severe check he had served to Brad Marchand, when he was playing his first season in the uniform of the Canadian.

What certainly attract the sympathy of the public.