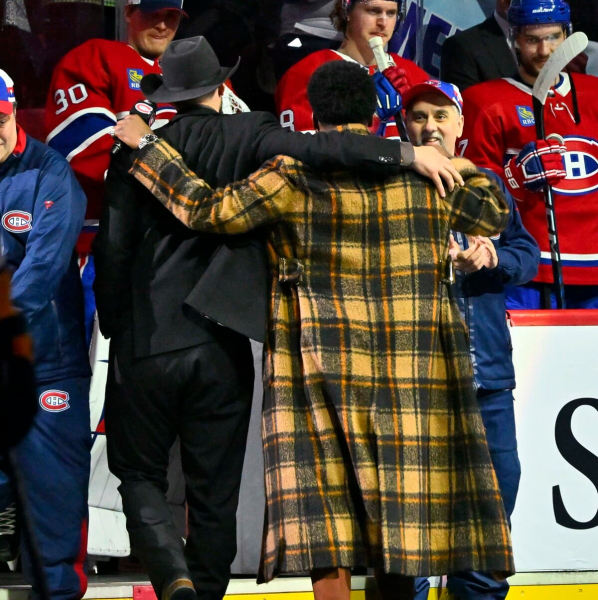 Even though he didn't put on his skates for the game, P.K. Subban deserves a star in the Canadiens' win over the Nashville Predators.

His speech and celebration (triple low five) with Carey Price gave a good dose of energy to the men of Martin St-Louis. The latter had an inspired start to the game, one of the team's shortcomings in recent weeks.

“He did his job,” said Martin St-Louis with a smile after the game. He brought energy. P.K. was not only honored for what he did on the ice, but also off it.

“We gave up the first goal of the game, but we had a good first half anyway. We continued to fight. I'm happy for the guys to get rewarded.

St-Louis has changed its ways by using 11 forwards and seven defensemen. It was the right decision.

Jonathan Drouin, still pivoting the fourth unit, had his best game of the season with three assists. He was the conductor of the power play as he set the stage for Cole Caufield's two goals.

Despite his excellent performance, the Quebecer was not available for answer questions from journalists. It's a shame.

The connection between Drouin and Caufield seems well established. St-Louis needs to cross their fingers that it continues to function in future games.

On defense, when Arber Xhekaj dropped the gloves against Tanner Jeannot, St-Louis could count on the presence of Justin Barron to replace him in the rotation. The latter had some good moments.

The Preds put a lot of pressure on the defense in the last five minutes of the game . They even used Mikael Granlund defensively to give themselves more punch on offense.

However, they came up against a Samuel Montembeault in great shape. The Quebecer, who was playing a second straight game, saved 39 pucks. This total would have been higher without the 24 shots blocked by his teammates.

His defenders also delivered a good performance. Among them, Xhekaj was at his best as he distributed several good checks. He was like a fish to water in a tough match.