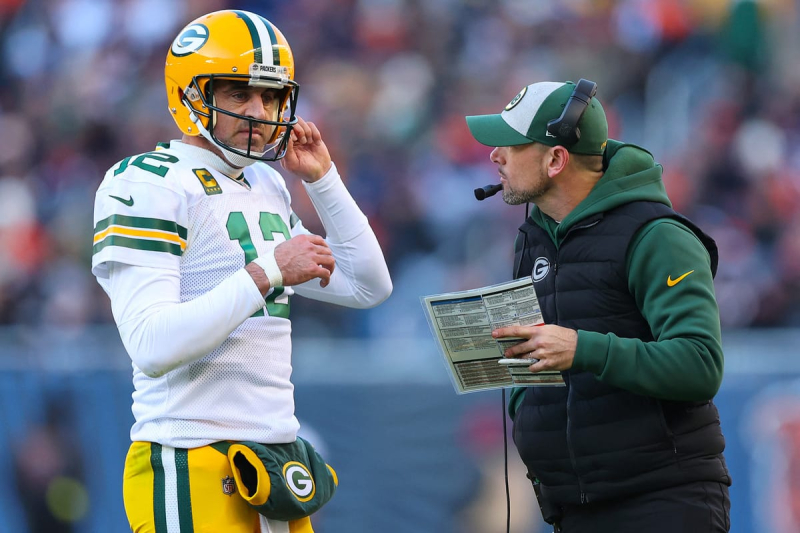 With their favorites going 5-8, Packers fans are already thinking about next season. After Sunday's 28-19 win over the Chicago Bears, Rodgers said he would return next year only “if there is mutual interest,” according to NFL.com.

Asked whether his team was indeed interested in retaining the veteran's services, Matt Lafleur answered in the affirmative without hesitation.

“Yes, absolutely. Of course!” said LaFleur, adding that his attention was currently on the Los Angeles Rams, who the Packers will face after a week off.

The 39-year-old veteran has amassed 2,864 passing yards so far, along with 22 touchdown passes and nine interceptions .

Recall that Packers backup Jordan Love did well in relief at Rodgers against the Eagles a few weeks ago. Love, 24, had been a first-round selection in 2020.