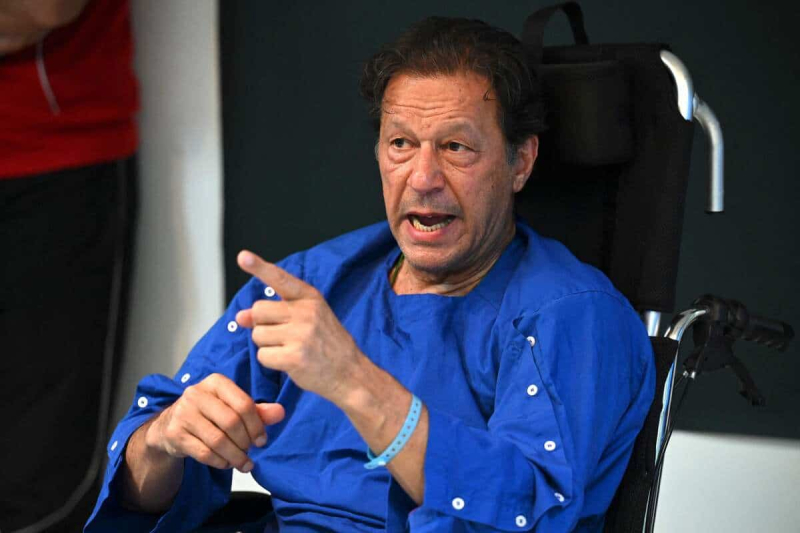 Former Pakistani Prime Minister Imran Khan is expected to address thousands of supporters on Saturday to call for a snap election, in his first public outing since surviving an attempted assassination of which he accuses his successor.

The November 3 attack, in which the ex-prime minister was injured in the legs, is the latest development after months of political tension. The crisis began when Imran Khan was ousted from power after a vote of no confidence in the National Assembly.

Saturday's rally in Rawalpindi, a city bordering Islamabad, is the most important stage of a “long march” organized by his party, Pakistan Tehreek-e-Insaf (PTI, Pakistan Justice Movement) with the aim of pressure the government to secure early elections before Parliament's term expires next October.

“My life is in danger and despite my injuries I am going to Rawalpindi for the nation,” the PTI tweeted on Saturday morning, quoting Mr. Khan. “My nation will come to Pindi (short for town) for me.”

The rally will take place in a wide open field between the capital and Rawalpindi, a garrison town that houses the headquarters of the army.

Convoys of PTI supporters poured in from all over the country on Saturday morning. Party flags flew from buses, trucks and cars.

Authorities have put in place extensive security around the capital to prevent supporters of the former international star of the cricket, converted into politics, to march on government buildings. Thousands of security personnel were deployed and the roads were blocked by containers.

Protests organized by Khan, 70, in May escalated into chaos: the capital was blocked and clashes broke out across the country between police and protesters.

The police said that any attempt by PTI supporters to enter Islamabad this time would be firmly suppressed.

Interior Minister Rana Sanaullah, who Mr Khan says is involved in “the assassination plot” like current Prime Minister Shehbaz Sharif and a senior military official, issued a “red alert” on Friday, warning against security threats caused by the rally.

“The PTI still has time (to cancel),” he said, citing the Pakistani Taliban and Al- Qaeda among extremist groups that could go after Mr. Khan.

The government claims that the attempted assassination of the latter was the work of a single man currently in detention. Police have released a 'confession' video of this junk shop owner in which he says he acted because Imran Khan was against Islam.

Saturday's rally takes place two days after the government named a former spymaster as its next military chief.

The appointment of General Syed Asim Munir has ended months of speculation for a a position long considered the real power in this nuclear-armed Islamic nation of 220 million.

Syed Asim Munir served as head of the all-powerful Military Intelligence (ISI) under Khan, but his tenure ended after just eight months.

Pakistan's military, the world's sixth largest, has considerable influence over country. It has staged at least three coups since independence in 1947, remaining in power for more than three decades.