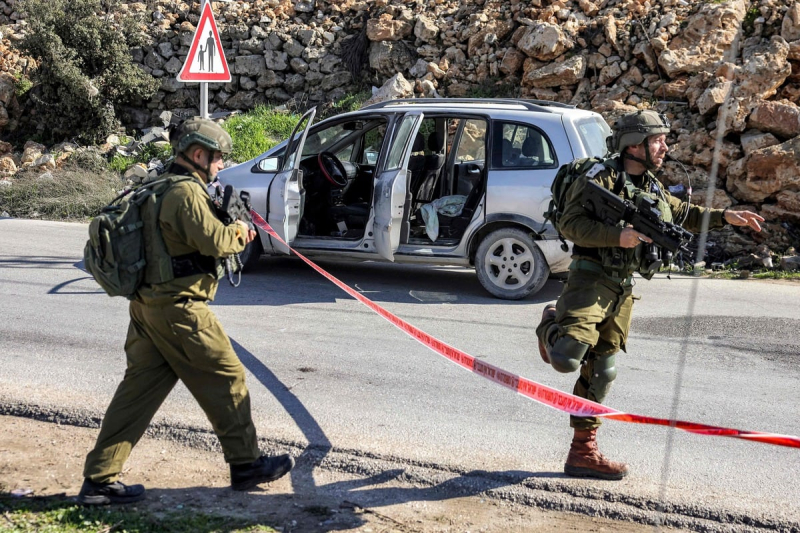 A Palestinian was killed on Tuesday in the occupied southern West Bank by the Israeli army, which reported an armed attack on its soldiers.

< p>Hamdi Abu Dayyeh, 40, was killed “by Israeli occupation bullets” in Halhul, near the city of Hebron, the Palestinian health ministry said in a short statement.

< p>The Israeli army said it carried out a routine operation near Halhoul, during which an “assailant opened fire in the direction of soldiers, who responded by firing live ammunition”.

L The assailant was “neutralized”, said this source, without giving further details.

An AFP photographer saw the body of a man on the ground, at the northern entrance to Halhoul near an army watchtower.

Oum Amir Taqatqa, a Palestinian woman who witnessed the scene from the car she was in, reported “incessant shooting”.

“The army kept shooting in our direction, we ducked under the seats,” she told AFP.

The death of Abu Dayyeh brings the number of Palestinians, civilians or members of armed groups, killed since the beginning of the year in violence involving Israeli forces or civilians in the West Bank, Palestinian territory occupied by Israel since 1967.

The year 2022 was the deadliest in the West Bank since the end of the Second Intifada, the Palestinian uprising from 2000 to 2005, according to the UN.

Since a wave of anti-Israeli attacks in March and April 2022, the Israeli army has stepped up operations in the West Bank, particularly in the areas of Jenin and Nablus (north), bastion of armed Palestinian factions.