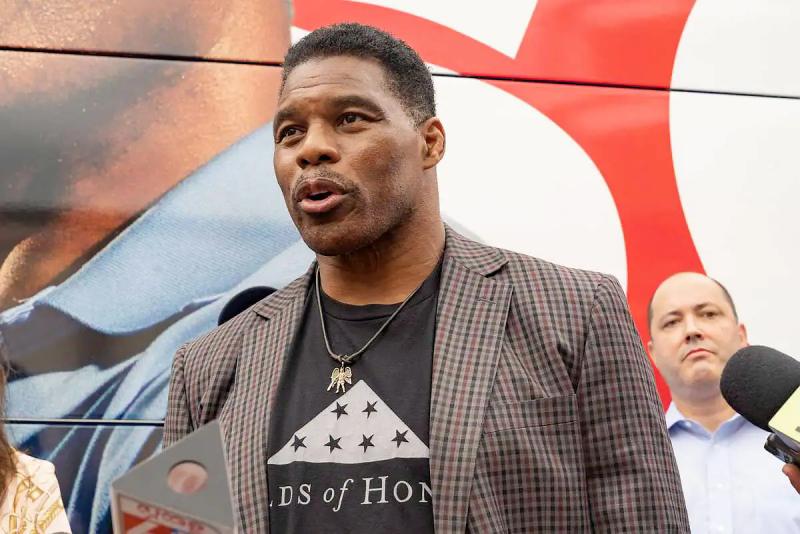 Republican voters are ready to put up with the worst baseness and blatant displays of hypocrisy from their candidates.

There is something inherently wrong to see millions of voters accepting, in the name of partisan tribalism, systematic lying and unrepentant criminality on the part of their leaders.

Republican candidate for senator in Georgia, Herschel Walker, in provides an eloquent demonstration.

The height of hypocrisy

Herschel Walker, despite his status as a football legend, is probably the worst Senate candidate in living memory. One could charitably put his abysmal ignorance and the pitiful inconsistency of his remarks on the account of too many concussions, but the candidate of the “party of family values” also drags a heavy history of domestic violence and infidelities. He abandoned his four children and their four mothers. He even admits to having once pointed a gun in the face of one of them.

Almost everything Walker says about his past is a web of lies. Height of hypocrisy, this supporter of the criminalization of abortion has just been denounced by one of his former conquests who affirms – with supporting evidence – that he encouraged her to have an abortion and reimbursed her the bill.

Example comes from above

Walker is not alone in bathing in hypocrisy and lies. In Pennsylvania and Ohio, Republican candidates are widely seen as impostors who have won the good graces of Trump and his supporters through lies and ideological contortions.

The example comes from above. Donald Trump himself is entangled in felony and other misdemeanor charges. Far from harming him, these accusations have consolidated his support within his partisan base and stimulated his fundraising (which is used primarily to pay his lawyers and finance his lavish lifestyle).

This tolerance for hypocrisy and lies is characteristic of the Republican Party, especially since it has become a cult of Donald Trump. However, it is not new that this party seems to have no other reason for being than power at all costs.

Since the 1990s, Republicans have systematically refused to play the game of balancing American institutions, in particular by demonizing their adversaries and refusing to recognize their legitimacy. On November 8 and in 2024, we will see two effects of this development.

First, Republican voters are so locked into partisan tribalism that they refuse to recognize the hypocrisy , the lies and even the criminality of the representatives of their party. Then – I'll come back to this – Republicans will support candidates at all levels who promise to hijack democratic institutions in favor of their party. 'is wrong. Whether it's partisan tribalism or the threat to democratic institutions, there is simply no common measure between the two parties.