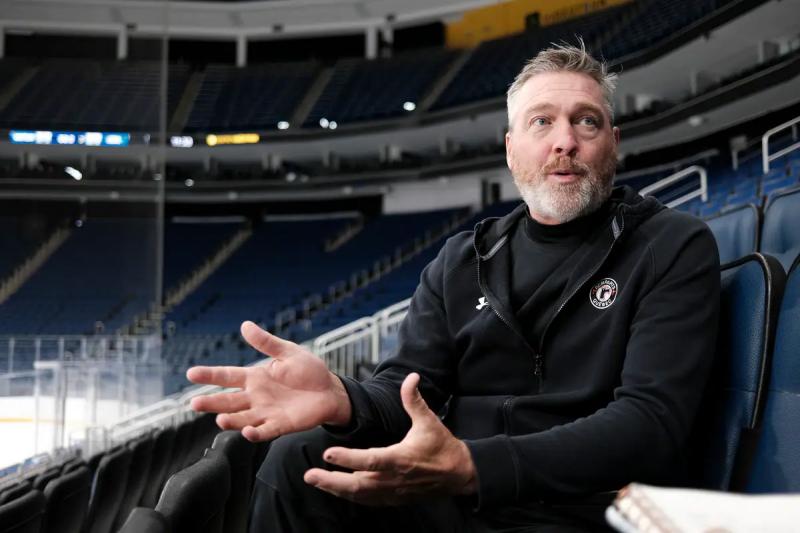 It doesn't take much for the name of Patrick Roy to activate the rumor machine.

On Tuesday, reports that Roy was spotted at the Bell sports complex in Brossard the day before, ignited social media. Images of his car, visibly parked in Brossard and taken by an amateur, circulated on Twitter and several sites took the opportunity to start rumors about him.

Speaking of rumours, those about his future with the Remparts are likely to spill more ink as the season progresses. Last week, Roy lost his general manager and head scout Christian Vermette, who accepted a position as a regional scout for the Edmonton Oilers. The Red Devils hockey boss has therefore begun his process of hiring a replacement and he has already met a few candidates, he admitted yesterday.

Not ready to quit

“I involve Simon [Gagné] in the process because I want him to be comfortable working with this person if he decides to pursue. However, my plan is to come back with the Remparts and accompany Simon. People tell me this is going to be my last year. Chances are, but that's if Simon wants to take over. If he doesn't want to, we'll have to think about another scenario which may involve me staying behind the bench. I have to be careful how I speak. Sometimes I can speak from both sides of the mouth. The plan is obviously that we would like Simon to be the next head coach, but he still has to want to do it.”