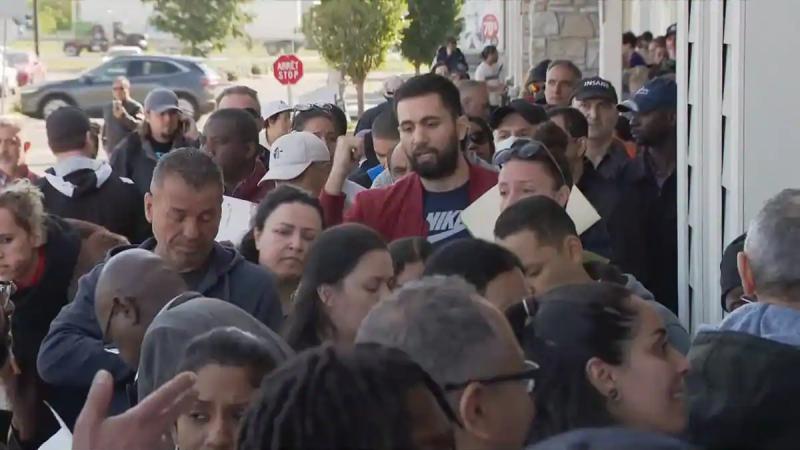 Minister Sonia LeBel urges the federal government to find solutions to speed up the process of issuing passports.

“The situation experienced by many Quebecers in the passport offices over the past few weeks is deplorable,” said the Minister of Canadian Relations and the Canadian Francophonie, Sonia LeBel.

The passport crisis seems far from running out of steam in some Service Canada offices where, as the holidays approach, the difficulties in obtaining the precious document are ever greater. Here, the offices of Service Canada in Laval, June 20 in the morning.

In addition, the state of affairs has taken on disproportionate proportions in the last few days, believes Ms. LeBel, according to whom it “is insane to see people camping for several nights to obtain a passport.”

The Minister calls on the Trudeau government “to quickly find a solution in order to process requests more adequately”, while the concern and frustration of travelers are intensifying.

Recall that for several days , large numbers of people are camping outside Service Canada offices at various locations across the province, an unusual situation to say the least.

At this time, only travelers who are due to depart within the next 24 to 48 hours and who have proof of travel can access the offices.

While passport applications had remained very low throughout the pandemic, the resumption of flights has caused traffic very high, causing a real crisis.