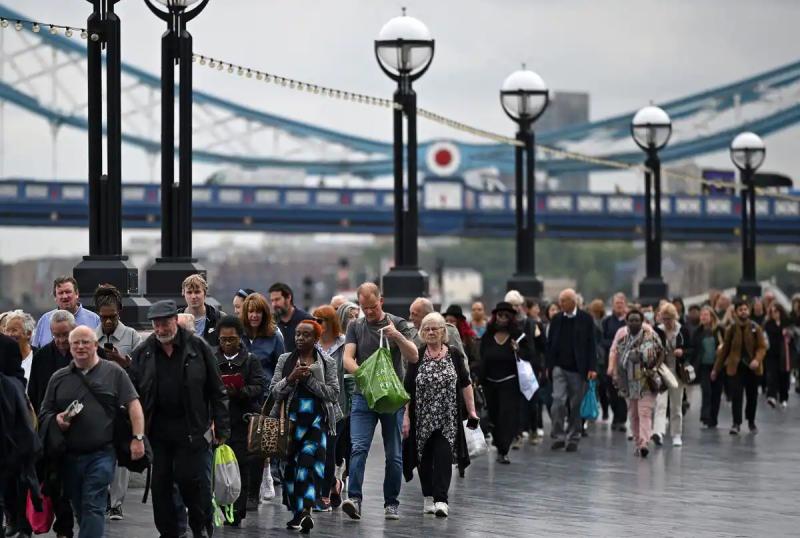 LONDON | After having waited for hours during the night, the British parade in continuous flow and in silence Thursday in London in front of the coffin of their beloved Queen Elizabeth II, often the only sovereign they have known, before a grandiose funeral on Monday. /strong>

Some bow their heads in respect, others throw a kiss, make a short curtsey or wipe away a tear: the public gathers briefly on both sides of the oak coffin, which rests since Wednesday on an imposing catafalque in Westminster Hall, the oldest room in the seat of Parliament, surmounted by the sparkling imperial crown.

Before this last tribute to the sovereign, unanimously acclaimed for her total devotion to the Crown, it was necessary to arm ourselves with a very large dose of patience and wait for hours in a long queue, which stretched Thursday morning over nearly five kilometres, to London Bridge, on the other side of the Thames.

“It was really beautiful. Very moving. Very silent. There is the weight of history there, ”says Sarah Mellor to AFP, visibly moved, after seven hours of waiting at night. To the queen, she “just said thank you”.

Arrived in the line Thursday at 6:00 a.m. to see the coffin, Lisa Doodson, who lives in the suburbs of London, is pleased with the good organization and friendly atmosphere. “We are here to say thank you. And, also, to participate in this historic moment”, she explains to AFP.

< p>In order not to lose your place in the queue, only a short pee break is possible in one of the 500 temporary toilets specially erected for the occasion. Hundreds of volunteers have been provided to manage the crowd, as well as refreshments in businesses or institutions along the line, such as the National Theatre.

Last step before the funeral of a poignant ten-day national mourning, the remains have been accessible 24 hours a day to the public since late Wednesday afternoon. She will remain so until Monday 6:30 a.m., the day of the final farewell with a national funeral at Westminster Abbey, in the presence of hundreds of foreign dignitaries and crowned heads.

Originally arriving from Scotland where Elizabeth II died, the coffin was transferred in a solemn procession from Buckingham Palace, the official residence of Elizabeth II during her 70-year reign, a UK record.

Anticipating a queue of up to fifteen kilometers, the authorities warned of “draconian restrictions”, worthy of airports to access Westminster Hall, and asked the public to “dress appropriately to pay tribute” to the sovereign, omnipresent during several generations of Britons and rock of stability in crisis and change.

Inside, the public can only bring a small bag and no food or drink is allowed. No flowers or photos either.

Rest for the King

Before these long farewells over several days, the coffin of Elizabeth II had already been exposed for 24 hours in Edinburgh, from Monday evening to Tuesday, greeted by some 33,000 people.

On Monday, the crowds s even more massive announcement for the funeral of the century, a huge security challenge for which London is preparing feverishly.

For this historic event, a public holiday has been declared and many companies, including almost all supermarkets, will keep the curtain down.

Meanwhile, Charles III, the 73-year-old new sovereign, retired to his country residence in Highgrove on Thursday for his first day without an official engagement since taking the throne.

Other members members of the royal family travel to see the tributes paid to the queen all over the country, such as Crown Prince William and his wife Kate at the royal estate of Sandringham (east of England).

With Queen Consort Camilla, the King will travel to Wales on Friday, the last leg of their tour of the four constituent nations of the United Kingdom after England, Scotland and Northern Ireland.

< p>Older than any British sovereign when they ascended to the throne, he takes office at a difficult time for the UK, which has just had a new Prime Minister, Liz Truss, and is embroiled in a social and economic crisis. Long low, the popularity of the new king has skyrocketed since his accession to the throne.