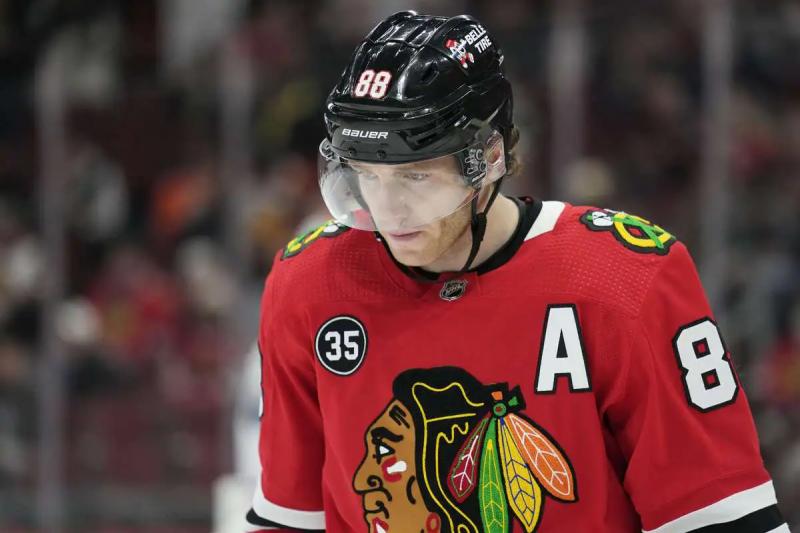 Trading rumors surrounding Patrick Kane have escalated in recent days, now that the Dallas Stars have been touted as a possible destination for the star player from the Chicago Blackhawks.

The American has been much less vocal than his teammate and captain Jonathan Toews, who seems reluctant to embark on the rebuilding train of the Illinois team.

Both veterans have full no-trade clauses, but could end up leaving of their own accord, especially since they will both become free agents at the end of the next season.

The insider specialized site The Fourth Period David Pagnotta reported Thursday that the Blackhawks have engaged in discussions with some teams in relation to the case of Kane. The Stars would be one of the teams interested.

However, The Athletic journalist Mark Lazerus dismissed the rumors, adding that the Hawks had not had any serious discussions with about this.

While they are no doubt eager to improve their roster, the Stars have other fish to fry, dealing with restricted free agents Jason Robertson and Jake Oettinger . If all goes well, forward and goaltender should get along long term in Dallas and hit the jackpot.

General manager Jim Nill has given himself some leeway at this level by not retaining the services of defenseman John Klingberg, who signed a one-year, $7 million pact with the Ducks. 'Anaheim, Friday.

On offense alone, the Texas organization must deal with the heavy contracts of Jamie Benn and Tyler Seguin. Adding the $10.5 million that Kane is due to receive in 2022-2023 seems utopian, unless there is a deal involving a big chunk or an agreement to withhold part of the salary.

Despite the difficulties of the years with the Blackhawks, Kane remains one of the best offensive players in the National Hockey League. The former Art-Ross Trophy winner racked up 92 points in 78 games last season. In the past decade, he has had just one campaign below the point-per-game average.

The 33-year-old has spent his entire career with Chicago, the team that made him the first overall pick of the 2007 draft. It was also where he won three Stanley Cups and the Conn-Smythe, Hart, Ted-Lindsay and Calder trophies.