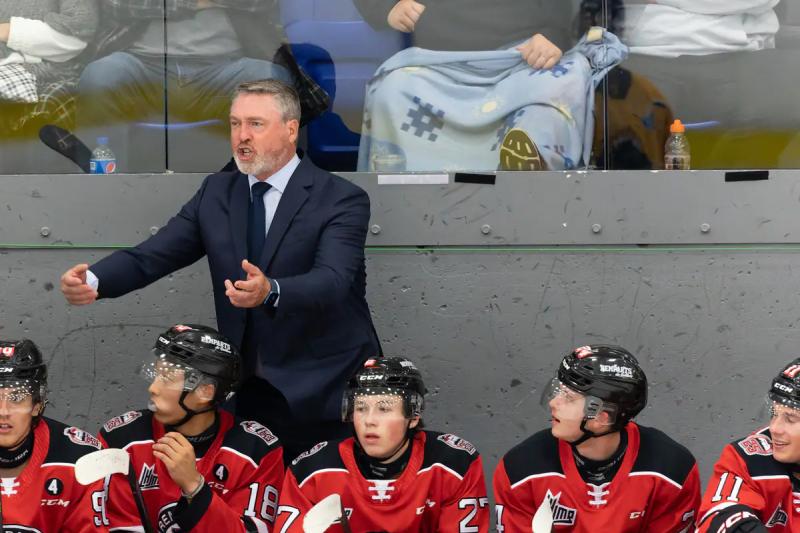 Monday afternoon's meeting between the QMJHL and the Remparts allowed “both sides to make their points, and it was done very respectfully,” assured the head coach and director. general of the team, Patrick Roy.

The commissioner of the QMJHL, Gilles Courteau, the director of arbitration, Richard Trottier, and the prefect of discipline Éric Chouinard met Roy and the president of the Remparts, Jacques Tanguay, by videoconference, following the disagreement between the two parties about arbitration.

“It went well and we had good exchanges. Of course, I would like the standards to be clearer and there to be fewer gray areas. […] There was an opening on both sides. We discussed several things, including the series against Shawinigan last year. It was done with respect, and I am satisfied with this meeting,” explained Roy on Tuesday morning.

< p>Monday's game kind of came full circle in a story that has made headlines since Roy's expulsion in the first period of a preseason game at L'Ancienne-Lorette on September 10. The latter's comments following the match – and which added to those he had made a few weeks earlier when he called for Trottier to be replaced as head of the QMJHL refereeing – earned him a match suspension and $5,000 in fines.

“The purpose of this meeting is that we can move on. We put on the table what we like and what we don't like, both on their side and on ours. I'm not perfect either. I have work to do on myself when I'm behind the bench. I understood the message.”

In addition, Roy denied wanting to benefit from privileges with the Quebec Remparts, from the officials.

“What I do, I don't do for the Quebec Remparts. When I talk about standards, it's for the whole league. When I saw what had happened to Prince Edward Island, I wasn't happy either,” he said, referring to the controversial penalty imposed on Xavier Simoneau in the first President's Cup final game, which allowed the Cats to tie the game and win in overtime. of his colleagues are thinking to themselves, while several of them have supported him in private.

However, would he like some to help him by also denouncing publicly what 'they lament?

“When it costs 5,000 piastres in fines, that must slow down a good gang,” he concluded.