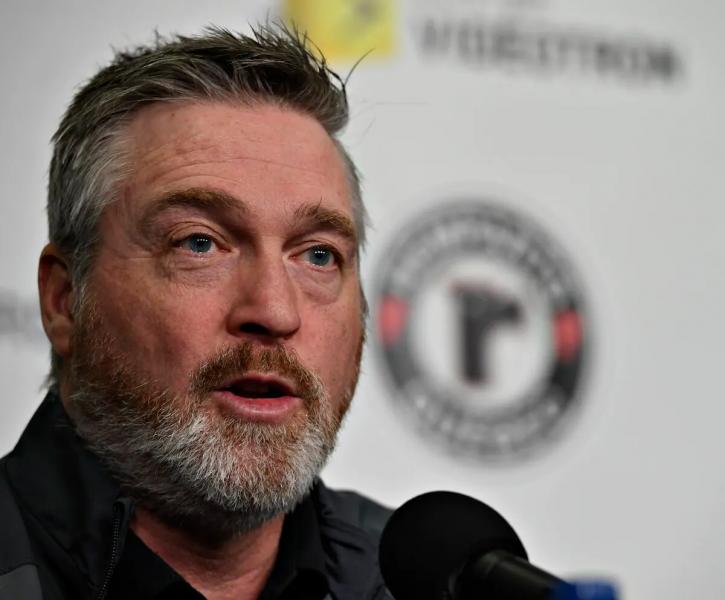 It is out of a passion for hockey, but also for the core of players he has seen grow up and all his acolytes within the organization that Patrick Roy has decided to return behind the bench. Remparts de Québec for another season.

Devastated the night of his team's heartbreaking elimination by the Shawinigan Cataractes a month ago, coach- -chief and general manager of the Remparts then began to reflect on his future with the junior club.

At that time, Roy estimated his chances of returning to his position as an instructor for a 12th season.

” I had a good two weeks of doubt,” he said Monday at a press conference held at the Videotron Center.

” I saw black after the game, admitted the former goalkeeper of the Canadian. I haven't cried often after games. Even when I retired, I didn't shed any tears. But after this defeat, I was sad. ”

This month-long break, which was punctuated by travel, made Roy realize that he wouldn't be able to “let the guys down”.

“  Guys ” these are of course his players. Athletes he drafted, watched grow and are now reaching maturity. A group that he considers “special”.

But it is also all those who have surrounded him at the Remparts for several years, he mentioned.

“There is a side of me that has always been very loyal. Some think I'm a one man show, but I am far from it, pointed out the coach. I work a lot as part of a team, I consult people around me, I like working with my coaching staff.

One campaign at a time

Over the past few weeks, Roy also says he realized “that with the players we have in place, my passion [for hockey] is still there”.

But he does not yet know how long he will want to stay in office. So, former number 33 says he's taking the seasons “one by one.” from now.

And this, even if he says with a smile in his voice that he still “trips Remparts ” and that he dreams of seeing this team win, especially for the fans of Quebec “who deserve it”.

“Here, it's not like coaching in the professional circuits, recalled Jacques Tanguay. It's taking the bus to [the Maritimes]. A man like Patrick, he has great sacrifices to make in terms of quality of life to obtain compensation, that of coaching young people, his players, to give them back what he has experienced.  »

At the end of his reflection, Patrick Roy did not call Jacques Tanguay one fine morning to tell him that he still wanted to coach the Remparts.

This is particularly during discussions with its president that Roy walked.

” We talk to each other every night,” he said. At some point he started to catch me saying, “We're going to do such and such a deal.” »

« When he started talking to me about the draft, I understood that he was going to come back,” added Mr. Tanguay with a laugh.

Despite this return, the resentment that inhabited him on the evening of June 1, after seeing his players lose 5 to 3 against the Cataractes, is still present.

This evil, it concerned the arbitration, he explains. In particular the penalty imposed on Vsevolod Komarov with 1 min 9 s to go, which led to Shawinigan's winning goal.

“ I still have fun coming to the arena. It's more the defeat, the way it happened. I do not hide that the side of arbitration bothers me a lot. Not just with the Remparts, but with other teams.”

“It's clear that we need a change in our league. We may need a new voice [in relation to arbitration]. It's hard to keep it inside sometimes.

Several NHL coaches have changed addresses in recent weeks, but Patrick Roy said Monday he didn't been in contact with any team.