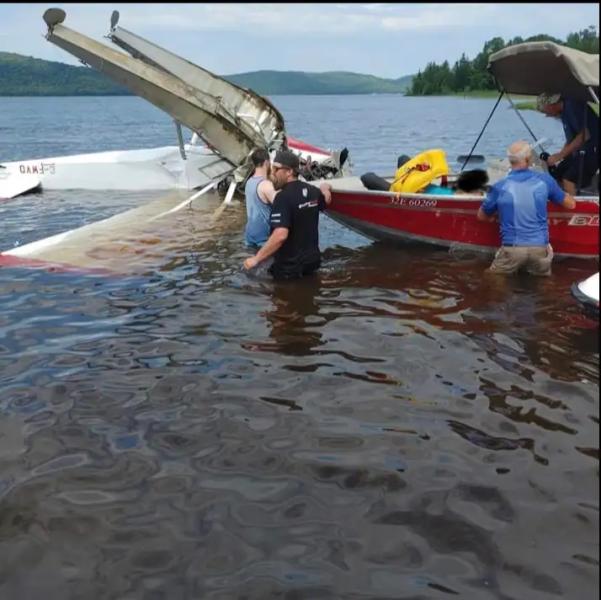 A day of fishing took a dramatic turn for the Montreal Canadiens forward on Saturday. With four of his friends, he had to rescue the pilot of a seaplane which crashed a few meters from his boat.

The crash, which occurred in Lac des Sables, in Notre-Dame-Du-Laus, in the Laurentians, has been confirmed by the Sûreté de Québec.

“A very quiet morning fishing with Jean Leblond, Paul Byron and Jonathan Legault turned into rescue of man who crashed plane at a few feet, can we read in the publication, accompanied by some photos. The pilot fortunately survived.”

Major crime investigators from the SQ and the Transportation Safety Board of Canada have opened an investigation to determine the circumstances surrounding this incident. It was the fourth such crash in less than a week, including a fatal one last Sunday.