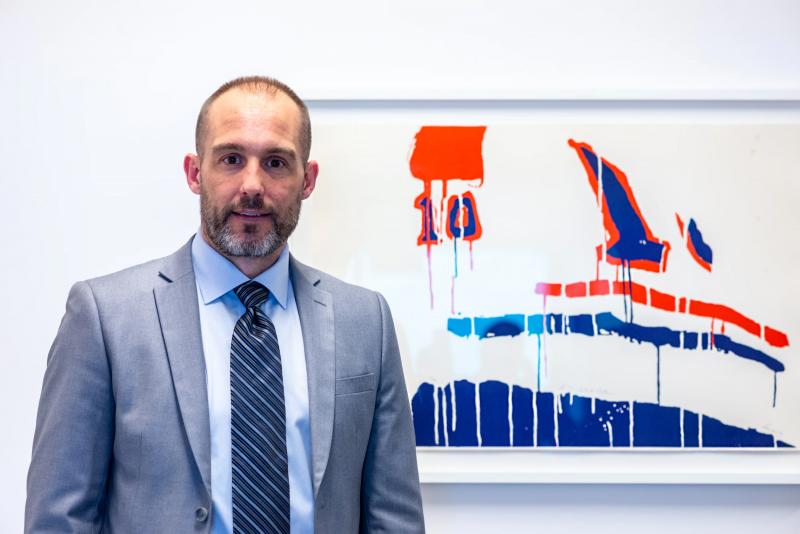 The multidisciplinary artist René Bégin draws on the imagination of the great sporting symbols of the past to inspire his canvases, which combine paint and hockey tape. Some five months after the death of Guy Lafleur, he still considers the Blond Demon one of his favorite muses.

The Montreal native, now based in Candiac, dedicated three of his works to the pride of Thurso. He was supposed to give her one in person as part of the 40th annual gala of the Association des MBA du Québec, on May 11, but this first meeting could not take place due to the circumstances we are aware of.

“Everyone I know has met Guy Lafleur and had their picture taken with… except me,” he says, with a bitter laugh, on the phone. [It's] one of the biggest disappointments of my life. He's my childhood idol.

“Guy Lafleur is the only player, apart from Maurice Richard, who has raised people so much.”

René Bégin favors bright, even fluorescent colors in his paintings. His ingenious use of hockey tape – he swears to have invented this technique – allows him to exploit textures as a catalyst for movement.

It is therefore understandable why he is so passionate about illustrating extravagance number 10 with his brush and ribbon.

“Guy Lafleur was flamboyance itself. Guy Lafleur was the panache. And I have always liked to make players of yesteryear by socio-historical symbolism. I have 1000 times more taste for [painting] Maurice Richard and Guy Lafleur than Steven Stamkos.”

By painting portraits of outstanding athletes such as Ken Dryden, Peter Stastny or Marie-Philip Poulin, René Bégin believes that he is continuing the work of collective memory that have started many artists who preceded him.

“When I was 12 or 13, I went to the Forum and I saw the big canvases of former stars like Joe Malone, Howie Morenz or Babe Siebert, he says. I saw them on painting, and I said to myself that I had to read about these people. It made it possible to keep the memory of these people.”

Although René Bégin belongs to a completely different era, where photography is omnipresent, his art has an equally poetic significance, since it modifies his creative process according to the person he portrays.

The 58-year-old artist notably used red clay in a work on Rafael Nadal and pieces of basketballs to salute the memory by Kobe Bryant.

When it comes to our national winter sport, for the trained graphic designer, there is nothing more personal than a stick for a hockey player.

“When I paint a canvas, it's a symbol that pays homage to athletes who are artists by themselves with this tool.”