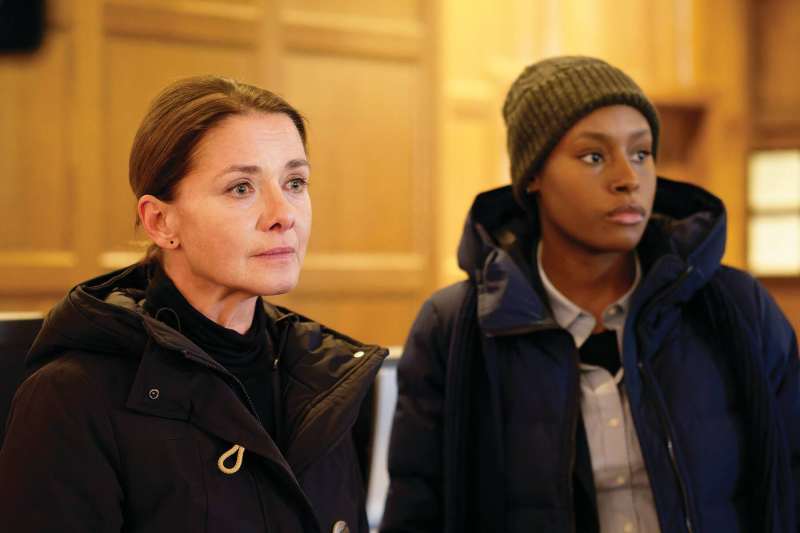 Seasons 2 and 3 of Club illico's detective series “The Flaw” have been sold to PBS in the United States.

The new was formalized in the MIPCOM newspaper, the International Market for Communication Programs, which is in full swing until Thursday in Cannes, in the south of France.

It is Pixcom (“Audrey is back”, “Indefendable”, “Alerts”) which produces “The Fault”, a production starring Isabel Richer and Alexandre Landry.

Americans have already been able to discover the first season of “The Wall”, the English title of “The Fault”, on the PBS Passport platform. The next two, which take place respectively in Quebec and the Eastern Townships, will also be found in the “Walter's Choice” collection available on PBS Passport.

The third season in question in this sale has not yet been seen by Club illico subscribers, who will be able to get their teeth into it starting November 9. Season 2 airs on TVA every Wednesday at 9 p.m. between now and the November 9 finale. Fans will therefore be able to visit Club illico the same day to devour the new intrigues.

“With seasons 2 and 3 of “The Wall”, we are taking viewers to new magnificent places, in particular the emblematic Château Frontenac hotel and the beautiful Eastern Townships of Quebec. We are thrilled that PBS is continuing this journey for American audiences. “Walter's Choice” features some of the best international television shows and we are proud to have “The Wall” included in this esteemed program collection. Beta Film is a strong global distribution partner, combining Pixcom productions with the best platforms to deliver our content,” Pixcom producer and president Nicola Merola told MIPCOM Newspaper.