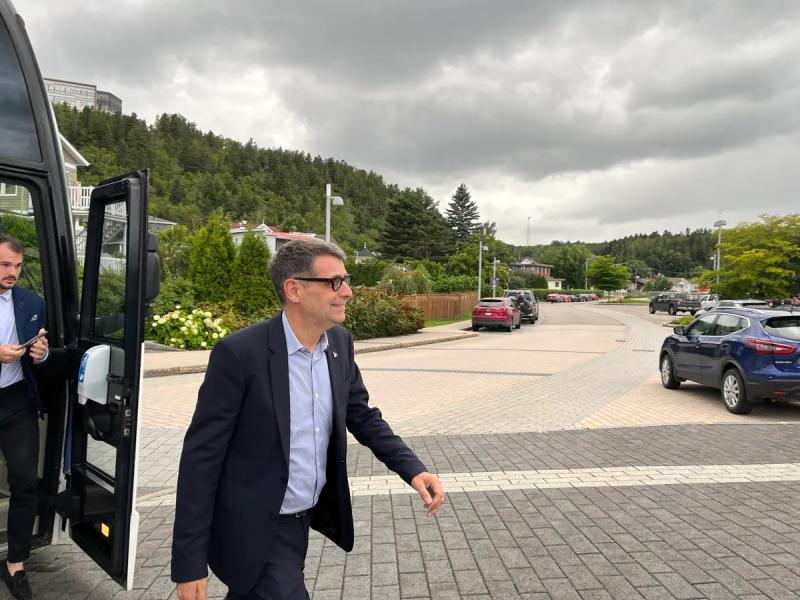 Éric Duhaime's Conservative Party of Quebec (PCQ) on Wednesday withdrew $500 “VIP tickets” it was offering for a “mega mid-campaign rally,” the price of which could create confusion because it exceeded the maximum allowed for a political contribution.

The former radio host sent an invitation by email on Wednesday morning to the “largest rally in the history of the Conservative Party of Quebec”, scheduled for this Friday, from 5 p.m. in the lobby of the Videotron Center in Quebec.

“This is an opportunity not to be missed to come and support your candidates from the Conservative Party of Quebec,” reads the PCQ newsletter.

Each participant is however invited to provide “some financial effort” to take part in the gathering. Two “voluntary” options were available to them: entry tickets “at the meager cost of $10” or a “VIP ticket” for the tidy sum of $500.

However, the electoral law sets at $200 the maximum amount that an elector can donate to a political party during an election campaign. According to our information, Elections Quebec was informed of the situation and was actively studying the file on Wednesday afternoon.

Within hours of sending the missive, the link inserted in the email leading to the purchase of the $500 ticket was first disabled. It was then modified in the early afternoon to lead to a page that allows the purchase of a ticket at… $50.

“As soon as the chief was made aware of the price of the ticket, he immediately asked that it be changed to $50 […] For him, it is not desirable to ask such a high price for participate in a political event even if it is completely legal”, reacted at the end of the day Cédric Lapointe, press officer for Éric Duhaime.

The PCQ claims to have had the green light of Elections Quebec for the sale of these tickets at $500. He considers that this is not a fundraising evening, but a political activity.

Thus, the sums collected must be used only to pay the costs of the evening. No donation will be taken from the tickets sold.

“At the end of this activity, the official representative must complete an activity report to establish that the sums collected during the activity correspond to all of the real costs incurred by the activity,” specifies the spokesperson for Élections Québec, Dany Lapointe.

The latter confirms that the cost of entry to a political activity is not a contribution, when this price does not exceed the actual cost of this activity by more than 5%.

Nearly 700 people have confirmed their presence on the Facebook of the event .