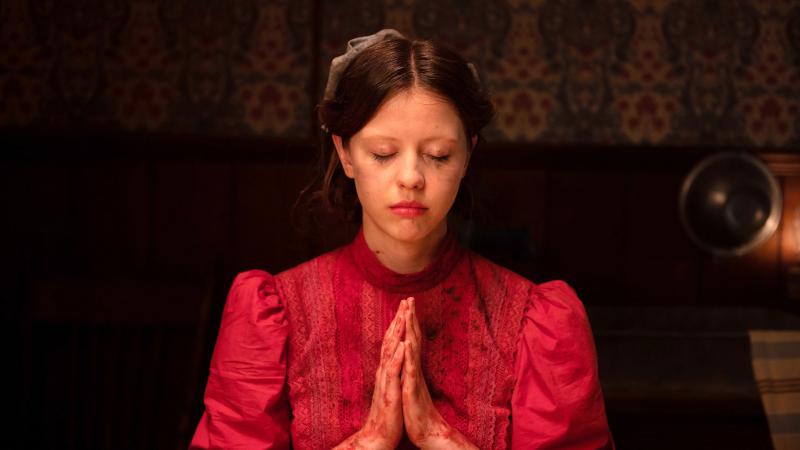 Just a few months after the release of X, Ti West serves us today < strong>Pearl, a beautifully stylized ante-episode carried at arm's length by a phenomenal Mia Goth. Fans of hemoglobin and thrills, on the other hand, will remain hungry.

Shot in the greatest secrecy at the same time as X, Pearl takes moviegoers 60 years earlier, lifting the veil on the youth of its title character… and the events that awakened in her her now famous murderous impulses.

Because long before being the bloodthirsty assassin that we now know, this Pearl was a woman forced to repress her dreams and aspirations under the yoke of an authoritarian and severe mother. But she quickly decided that nothing (or rather no one) was going to stand in her way.

Visually, it's frankly creepy. The universe that Ti West deploys here – halfway between The Melody of Happinessand What Ever Happened to Baby Jane– is on its own totally enjoyable. The same goes for Mia Goth, deliciously quirky, who delivers with Pearl the best performance of her young and sparkling career.

But… Where is the tension? Chills ? Dread?

We can certainly understand a desire to highlight the psychological aspect of Pearl's agonizing descent into hell. But if X also took his time before descending into the horror – and the slaughter – he nevertheless rewarded our patience with a particularly brutal and memorable last act.

< p>This time, it's a pleasant 100-minute journey, but devoid of tension, surprises and strong emotions that moviegoers are invited to take in dark rooms. In short, it's far from bad. But it's far from transcendent either.

A film by Ty West