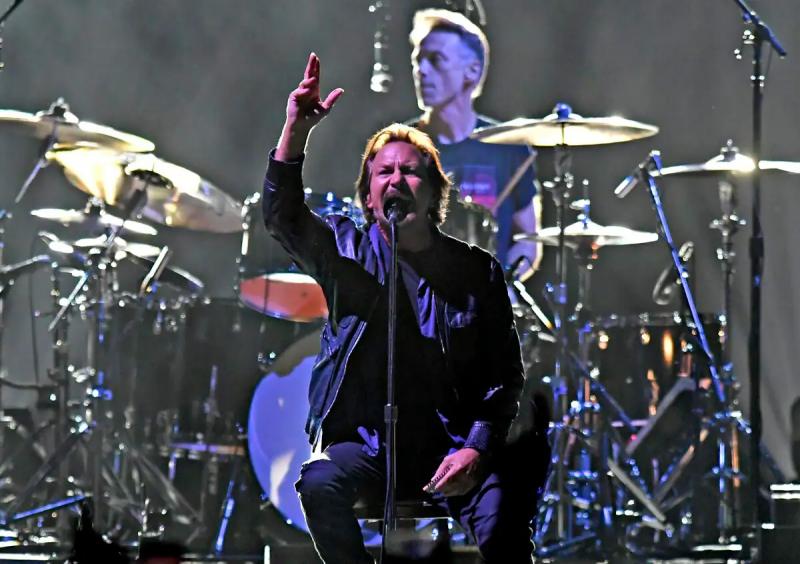 The singer of the group Pearl Jam, Eddie Vedder, showed up incognito, yesterday noon, at the Club Avantage Multi-Sports de Québec to play tennis a few hours before his evening show in front of a full house at the Videotron Centre.

On Wednesday, the Sales and Business Development Director of Club Avantage, Philippe Jacques, received a call from an English speaker who wanted to reserve a court, explaining that he came from outside and wanted to play with his boss. But no one suspected at the time that the boss in question was an icon of rock music.

Eddie Vedder therefore arrived yesterday, shortly before noon, wearing a backwards cap and wearing sunglasses, in the company of a tour employee to exchange a few balls discreetly.

“He was behind, he greeted me. I didn't recognize him and, while he was playing, there was an employee who said: “he's the singer of Pearl Jam”, says Philippe Jacques, amused by the situation, but also a little disappointed. for not having immortalized the visit of the American.

Before the game, Eddie Vedder and his companion rented snowshoes and bought sports shoes to hit the ground at Club Avantage. When he left, his driver and bodyguard were waiting for him in a black GMC Yukon SUV, witnesses report.

“He didn't name himself, but he was smiling and friendly in front of the few people he met, mentions Philippe Jacques.

A native of Chicago, Vedder is not particularly recognized as a tennis fan, but above all as a big basketball fan. and the great years of the Bulls with Michael Jordan. He is also a die-hard Cubs baseball fan.

Moreover, during his visit to the Old Capital in the early 2000s, he was sorry for the departure of the Nordiques, the only professional sports team in Quebec, in front of a delirious crowd at the old Coliseum.

Yesterday, the members of the group published on social networks the list of songs for the show in front of the logo of the Remparts de Québec.

This n t is not the first time that the Club Avantage has welcomed musicians of international stature. A few years ago, the members of the popular group Iron Maiden stopped in the temple of tennis in Quebec to take lessons.

Rick Davies, the singer of the British group Supertramp, would also have made a few brushstrokes, according to Club employees.

In the world of sport, Quebec tennis player Félix Auger-Aliassime is undoubtedly the international star who most often frequents the establishment on rue Bouvier , he who grew up at Club Avantage.