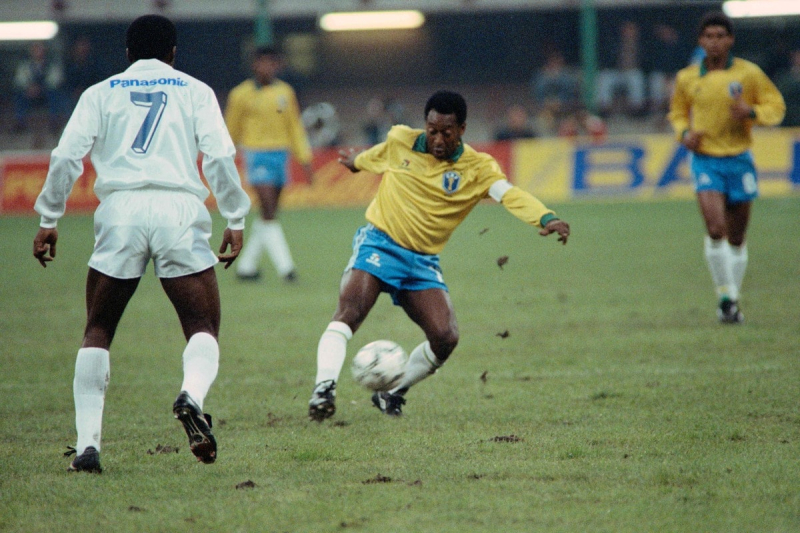 Edson Arantes do Nascimento, known as Pelé, had one of the most admirable careers in the history of sport.

The Brazilian transcended the world of soccer becoming a recognizable icon to all, who sadly passed away on December 29, 2022. Here are some milestones in the career of the grandmaster of the round ball.

The arrival at Santos

It was in 1956, at the very young age of 15, that Pelé began his professional career. He quickly climbed the ladder to become a starter with his new team, he who had even scored in his first friendly duel on September 7. It was in this city in the state of Sao Paulo that he would build his legend by scoring no less than 643 goals in 660 official matches for Santos.

The beginnings with Brazil

The talented striker made many eyes widen in his country, so much so that the coach of the “Seleçao” at that time, Sylvio Pirillo, made him play a first match on July 7, 1957. Of course, Pelé hit the target at the 32nd minute, being called up as a substitute during this duel against Argentina, as part of the Copa Roca. When he retired from international soccer, he had 77 successes on his record. This Brazilian record was only equaled at the 2022 World Cup, by Neymar.

Pelé put Brazil on the map in 1958 when he led them to their first World Cup title. The tournament was held in Sweden, and the Brazilians defeated the home favorites in the final 5-2. The native of Tres Coraçoes, meanwhile, shook the ropes six times in four games.

The Brazilians won the World Cup again in 1962, but Pelé had only played one complete match at that tournament due to injury. After the disappointment of 1966, the “Seleçao” regained the title by beating Italy in the final four years later. The star of the team contributes effectively with a goal and an assist during this meeting.

The transfer to the United States

Pelé, Santos FC and even the Brazilian government insisted that the player stay in Brazil during his career, he who was considered “a treasure of the country”. Several European clubs tried their luck, but each time came up against a closed door. It was on June 10, 1975 that he joined the New York Cosmos, he who had chosen retirement a year earlier. Having to liquidate large debts, Pelé gets back on his feet by signing a three-year contract for $4.7 million.

October 1, 1977, at Giants Stadium, the soccer world has its eyes riveted on Pelé's last match. In front of 75,000 fans, the 37-year-old played half in a Cosmos uniform and the other in the colors of Santos. The career of the man who is considered by many to be the greatest soccer player of all time is celebrated by all, including another legend present that day, the boxer Mohamed Ali.