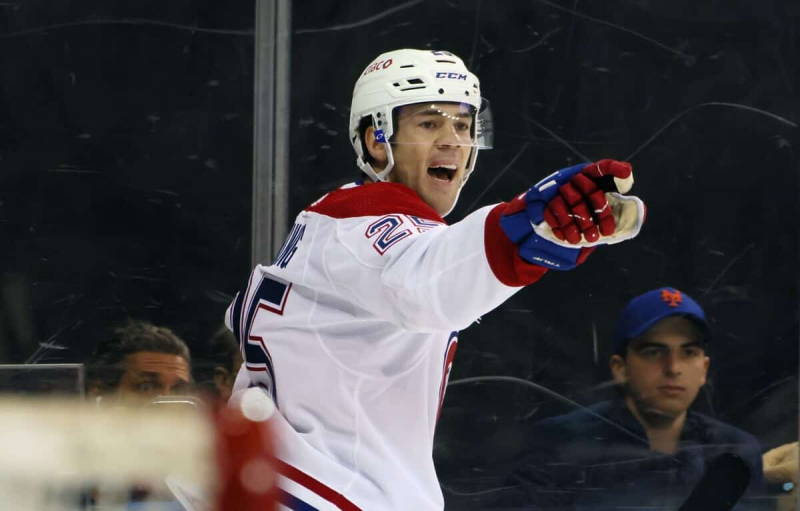 Jeff Petry monopolized the attention in the small locker room of the opposing team at the Bell Centre. Less than two meters to the right of Petry, there was another former Canadian player in Ryan Poehling.

First round choice (25th overall) of the CH in 2017, Poehling now wears the Pittsburgh Penguins uniform. He hit the road to Steel Town at the same time as Petry on July 16 in a trade that sent defenseman Mike Matheson to Montreal.

“When Kent Hughes called me to tell me about the trade to Pittsburgh, I found it refreshing, admitted the 23-year-old American. I had ups and downs with the Canadiens. I was still looking for my role in Montreal. I have not been able to find my place with the Canadian. I can start again on new bases in Pittsburgh. Mentally, I believe that this exchange represents a good thing.

Without saying that he wanted to leave Montreal at all costs, Poehling believes that this change will be beneficial to him.

“It's exciting, I'm happy to get a fresh start,” he said. We have a good team and I have fun with the Penguins. There are generational talents within this locker room. I can learn from them. I'm still a young player and I want to learn from Crosby, Malkin and Carter.”

In Pittsburgh, Poehling inherited the position of fourth center. In his first two games with the Penguins, he played just over 12 minutes, getting shorthanded missions.

“I know my role. I find myself after Crosby, Malkin and Carter. I am the fourth center of the team. There's nothing wrong with that. I know they will be in the lineup as the first three guys at center every night. For my part, I have to fight to keep my place.”

“It's great to rub shoulders with such good centers, he continued. They are generational talents. They are very good players, but also good people. I want to take little tips from each of the three guys. They will help me improve.”

Mike Sullivan had a smile on his face when talking about Petry, but also describing Poehling's potential impact on his team.

“Ryan fulfills the role of a support player,” said the head coach. He plays in our last two lines. He's good on the penalty kill and he's winning his face-offs. He's getting more and more comfortable with our system as well. His game becomes more instinctive, he better understands our team's concepts.”

“He skates well, he has a good physique and he is responsible defensively. He is another player who fits well with our system. He also has an offensive dimension, there is room for growth in his game.”

Author of a hat trick in his very first game with the Habs on April 6, 2019 against the Maple Leafs, Poehling has shuttled between Montreal and Laval for the past two years. He never managed to establish himself full-time with the big club.

“I have no regrets about my days in Montreal, he replied. I really loved my time with the Canadiens. Did I get the career I wanted in Montreal? No. But I grew from this experience, faced adversity and made some good friends. I had dinner with Brendan Gallagher, Jake Evans and Joel Edmundson on Sunday evening.”

To add to the anecdote of the dinner, it will be specified that Gallagher is the one who paid for the group.