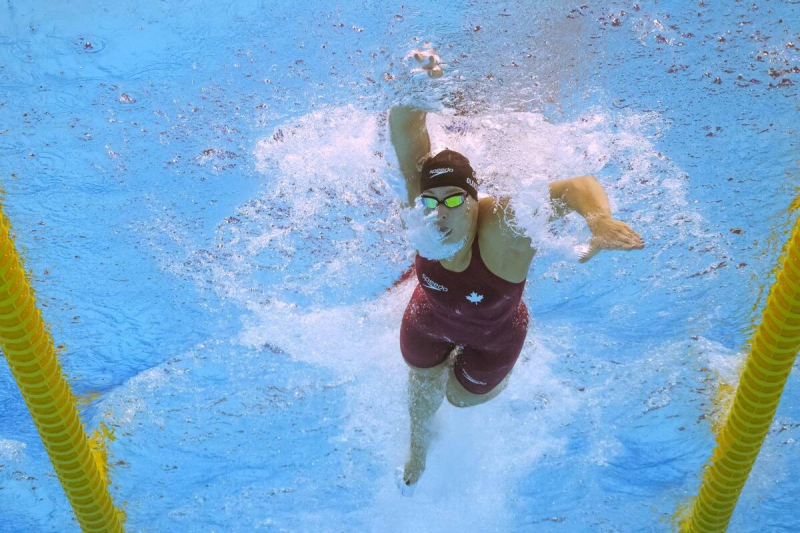 The 20-year-old, seven-time Olympic medalist – a country record –, made the announcement on his Instagram account on Wednesday morning.

Oleksiak says he suffered the injury, a vertical “bucket handle” tear, in Orlando. She returned to Toronto to go under the knife at Women's College Hospital the same week. The surgery went well, but she now expects a lot of time away from the pool.

“The rehabilitation process is probably the longest and most uncertain that I had to cope, but I'm very excited to use this time to recover properly and get stronger,” Oleksiak wrote alongside photos showing her in a wheelchair.

This is the Torontonian's first operation, she revealed. She falls at a bad time, since she was to climb Mount Kilimanjaro in Tanzania in September to raise funds for the fight against famine, she had indicated in another publication a week earlier.

This season, Oleksiak has won two silver medals and a bronze at the FINA World Championships, but has skipped the Commonwealth Games to focus on 2023 and the 2024 Paris Olympics.< /p>