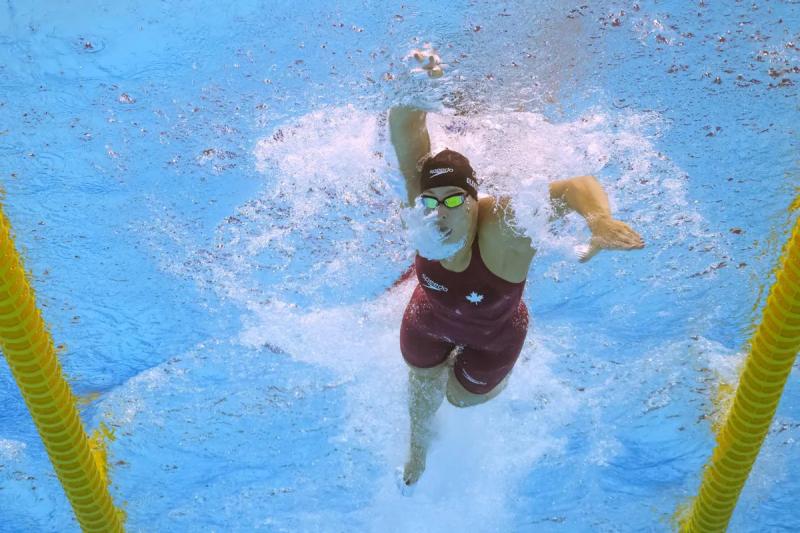 Legendary Canadian Olympian Penny Oleksiak saw one of her many national records broken at the Canadian Junior and Senior Swimming Championships on Monday at Olympic Park in Montreal.

< p>14-year-old swimmer Maxine Clark surprised everyone by becoming the first Canadian athlete in her age group to complete the 100-meter butterfly event under 1 minute. She clocked 59.86s in the final, beating Oleksiak's record by 17 hundredths of a second.

“It's pretty exciting,” Clark said, according to a Swimming Canada statement. I did not think at all that I would break this record during this competition. That's pretty awesome.”

On the boys' side, 17-year-old swimmer Yu Tong Wu won the 400-metre freestyle final with a time of 3:56.53, besting the the finish line is four more athletes who will represent Canada at the Junior Pan Pacific Championships next month.

“It was a very exciting race,” Wu said. “I was hoping for the national record. It didn't go as well as I had expected, but it was great to be able to compete against my teammates.”

The only Quebecer who was crowned on this first day of activity was Loic Courville Fortin, of the Montreal Aquatic Club. He dominated the 50-metre backstroke final with a time of 26.47 s.

Each day between now and next Monday, the best junior and senior Canadian swimmers in the country will compete at the Olympic Basin.