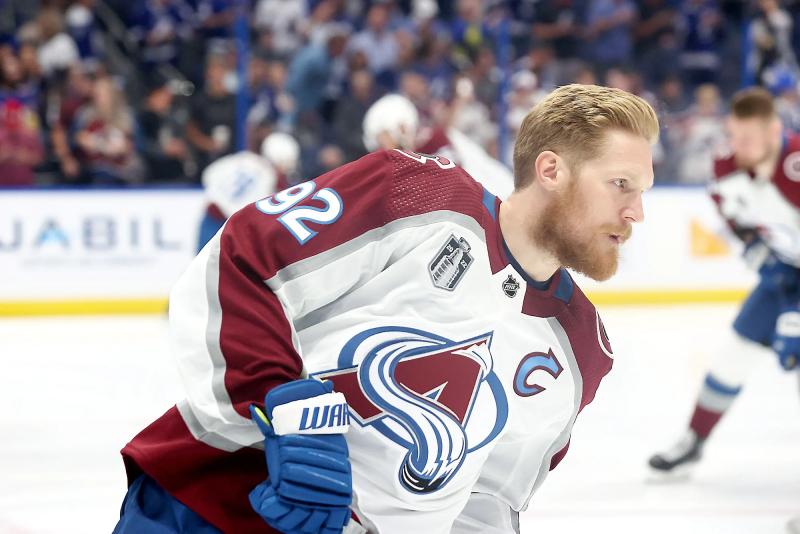 TAMPA | In the room reserved for meetings between the players and the media, Gabriel Landeskog looks at all the banners of the champion teams of the past. In these huge photos, we can see Wayne Gretzky, Mario Lemieux, Steve Yzerman, Sidney Crosby.

“In the majority of these photos, we see the captain lifting the Stanley Cup, notes the Avalanche forward. It's only because he has the honor of being the first to do so. But everyone who is engaged, everyone who is on this team pulls the rope in the same direction. It's going to take everyone to get there.

The Swede's humility and leadership honor him. It is undoubtedly because of these qualities that coach Joe Sacco offered him the title of captain in 2012.

According to the Avalanche website, Landeskog became the youngest captain in NHL history that day, at 19 years and 286 days, lowering the mark then held by Sidney Crosby by 11 days.

“Wearing the C has always been an honor. I take great pride in this role. This responsibility and pressure that comes with this title has made me a better player. Knowing there's no place to hide has always been good for me,” said Landeskog, fourth in NHL captaincy behind Crosby, Jonathan Toews and Alex Ovechkin.

An example for the youngest

The organization had to really believe in him to give him this task barely 15 months after having selected him in the first round (second overall) of the 2011 draft. The attacker became the fourth captain of the concession since his move in Denver in 1996, succeeding Joe Sakic, Adam Foote and Milan Hejduk. Not the worst shoes to put on.

“I said on day one, I'm not going to be a perfect captain. I will not be Joe Sakic, I will be myself. It's something that I have maintained until today and I will continue to do so,” he said.

“I never took this role lightly , but, at the same time, it is not a one-man job. I am aware of it, ”he continued.

In the locker room, he seems to be unanimous. All of his teammates that it was possible to speak to have immense respect for him.

From the outside, it is difficult to recognize his leadership qualities in the locker room. However, on the ice, his contribution is unmistakable. Since the start of the playoffs, he has dominated the column of Colorado scorers (11) tied with Nathan MacKinnon. He's a power play poison as evidenced by his five goals (again tied with MacKinnon).

If the 'Avalanche were to win the Stanley Cup, he would possibly be one of the candidates for the Conn-Smythe Trophy, awarded to the playoffs' most valuable player.

Besides, if Denver were to reach the ultimate goal, Landeskog could say he's seen this team go through all the stages of a rebuild.

Himself one of the cornerstones of that rebuild, Landeskog has seen the 'Avalanche missed the playoffs six times in its first seven seasons. During this streak, the team has hit rock bottom twice: in 2012-2013, with a collection of 39 points, and in 2016-2017, with a collection of 48 points.

Two nightmarish seasons that will have at least enabled them to select MacKinnon (first overall in 2013) and Makar (fourth overall in 2017).