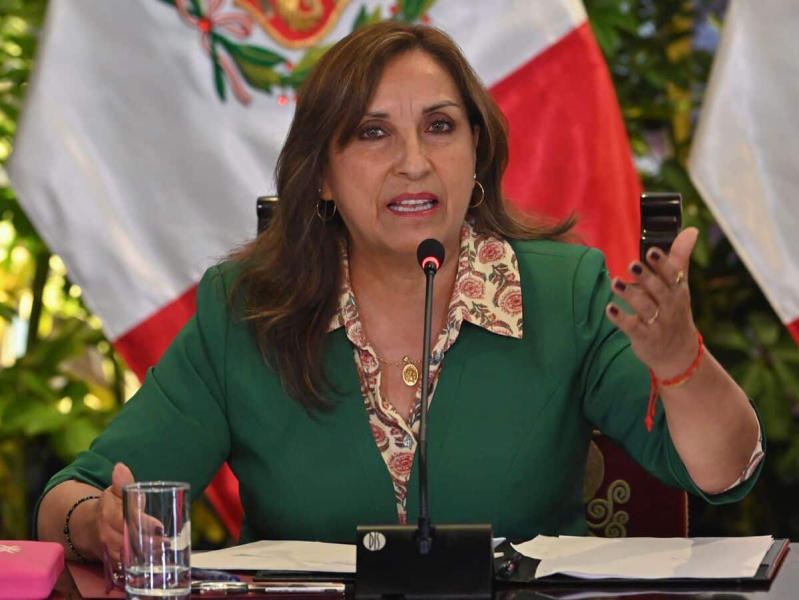 Peru President Dina Boluarte, whose country has been plagued by protests that have killed at least 42 people in five weeks, ruled out Friday resigning as protesters demand.

“Some voices from supporters of violence and radicals demand my resignation, inciting the population to chaos, disorder and destruction. To them I tell them responsibly: I will not resign, my commitment is with Peru,” Ms. Boluarte said in a message to the nation broadcast by state television.

Since the start of the crisis, clashes between demonstrators and security forces have left at least 42 people dead, including a police officer who was burned alive by the crowd, according to the Defender of the People (ombudsman).

The Protests erupted after the impeachment and arrest on December 7 of left-wing President Pedro Castillo, accused of having attempted to carry out a coup in order to dissolve the Parliament which was preparing to oust him from power.

Ms. Boluarte, who was Mr. Castillo's vice-president, succeeded him in accordance with the Constitution. But the demonstrators, who see her as a “traitor”, demand her departure as well as immediate early elections.

The Inter-American Commission on Human Rights (IACHR), which on Friday completed a mission to inspection in Peru, demanded an impartial investigation into the government's repression of the demonstrations, considering that indications pointed to “excessive use of force”.

The Peruvian prosecutor's office, for its part, opened an investigation for “genocide” against Ms. Boluarte and several other senior officials.