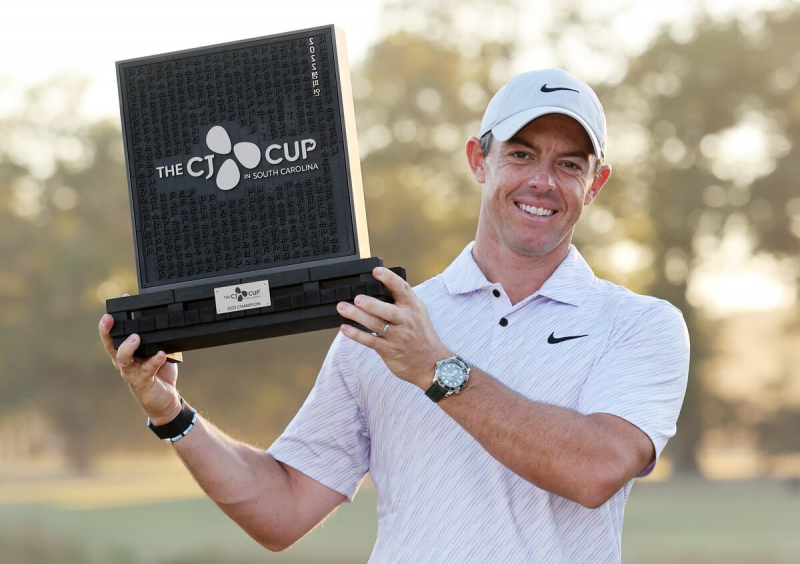 Rory McIlroy continued his momentum Sunday in Ridgeland, South Carolina. After winning the PGA Championship in August, he kicked off his new season by capturing the CJ Cup title.

Despite bogeys at the 17th and 18th pennants, McIlroy (67) showed a 267 (-17) return that allowed him to edge out American Kurt Kitayama (67) by one stroke in the final standings.

For the Northern Irishman, this is a 23rd career victory on the PGA Tour and a sixth consecutive season with at least one title. This also allowed him to regain first place in the world rankings for the ninth time in his career.

Despite having his worst card of the weekend, Corey Conners (71) had the best Canadian result at 278 (-6), in 23rd place. Her compatriot Adam Hadwin (72) played par for the entire tournament, finishing 49th at 284.

During Quebec's Maude-Aimée Leblanc finished dead last in Busan, South Korea, New Zealand's Lydia Ko posted the best card of the day, at 65, to win the honors of the BMW Women's Championship.

In his native country, Ko managed to erase a one-shot deficit over Atthaya Thitikul (74), taking advantage in particular of a collapse of the latter. She finally beat her closest pursuer, Andrea Lee (69), by four strokes under a cumulative of 267 (-21).

She thus signs an 18th coronation in the LPGA, she who is only 25 years old.

“I feel so proud to be born in Korea. Because of that, I really wanted to win here, revealed Ko, according to comments reported by the official LPGA website. It's not just a place where I was born, but a lot of my family is still here. This week my loved ones are there, my direct family is there and I wanted to win it for them too. To be able to do that this year in front of a lot of them means a lot.”

After stopping a slide on Saturday with a 72 card – his best of the tournament –, Leblanc (79) has for his hand committed two triple bogeys, adding three more bogeys. She thus finished 77th and last among the competitors having played the entire tournament, 41 strokes behind the winner.