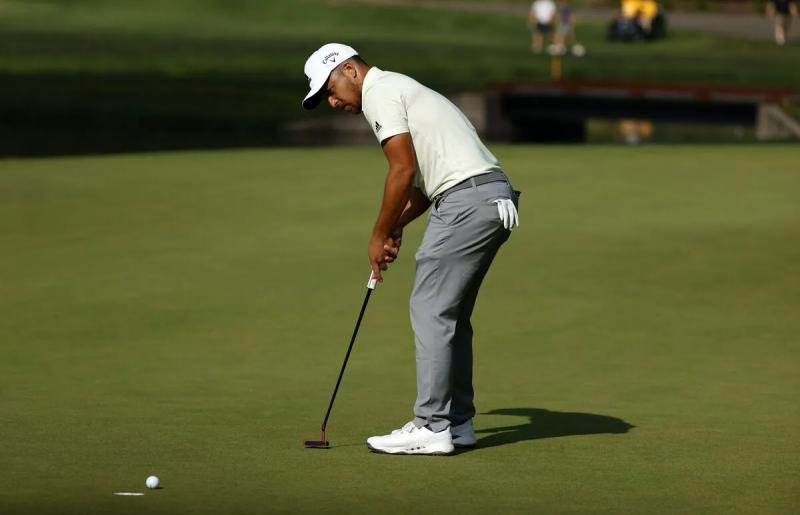 American Xander Schauffele took control after the first two rounds of the Travelers Championship on Friday in Connecticut.

For a second straight day, the 28-year-old golfer handed a card of 63 (-7). This time he had seven birdies and never failed. Schauele thus achieved his best performance in his career after 36 holes. It also equaled the record at the TPC River Highlands course, where the competition takes place.

The point guard is five shots ahead of his compatriots Patrick Cantlay, Harris English, Nick Hardy and Kevin Kisner, as well as Australia's Cam Davis.

Spectacular during the first round, with an impressive 62 ( -8) Northern Irishman Rory McIlroy had to settle for par on Friday. He dropped six places in the standings. He therefore shares the seventh rung with a host of opponents.

Conversely, Canadian Adam Svensson improved his lot with a performance of 64 (-6). His cumulative score of 135 (-5) puts him tied with eight other athletes for 24th place in the standings.

Mapse representatives Mackenzie Hughes, Michael Gligic and Ben Silverman all did enough to be weekend rounds. This was not the case for their compatriot Roger Sloan.

She was not sparkling, but Maude -Aimée Leblanc survived the ax of the KPMG LPGA Championship on Friday in Maryland.

The Sherbrooke native had a roller coaster day. She scored no less than four bogeys, a double bogey and two birdies in the front nine. However, she managed to subtract par shots from the 11th, 14th and 16th flag to deliver a second consecutive card of 73 (+1).

Leblanc thus occupies the 49th rank tied, by virtue of a cumulative score of +2. She narrowly escaped the ax, which excluded golfers who hit the ball at least 148 times (+4).

Her compatriot Brooke M. Henderson, meanwhile, has the wind in her sails . His card of 69 (-3) allowed him to take the fourth level tied at -4.

His chances of winning are however very slim due to the brilliance of the South Korean In Gee Chun. The tournament leader did not break everything like on the first day (64), but still took three more strokes off par. At -11, she is six strokes ahead of her closest pursuers, American Jennifer Kupcho and New Zealander Lydia Ko.